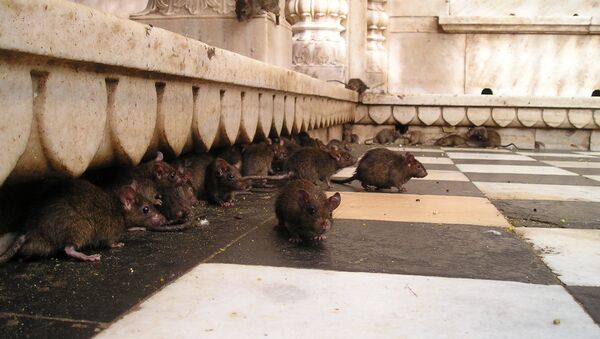 © Photo : Pixabay
Subscribe
Car owners in Nanning, in the south of China, have constructed "skirts" for their cars in an ingenious attempt to stop rats from damaging their vehicles.

Rodent Is the New Beef: Rat and 'Other' DNA Found in Fast Food
Pesky rat infestations are a common scourge the world over, but in China, locals have chosen a very unusual solution to their pest problem.

They've covered the base of their cars down to the ground in material, fashioning what Chinese media has dubbed "car maxi skirts."

Drivers reportedly came up with, what is surely the first innovation in automobile apparel, after becoming fed up with rats clambering inside their car, gnawing through wiring and leaving droppings.

The rats are particularly a problem in winter, when the rodents seek out warm places, like car engines.

​Fashioned from fabric and chicken wire or from bamboo, residents hope that the vehicular fashion item will be successful in pest-proofing their cars. Although, there's no word yet on how they affect driving performance.

And they're not just for keeping the rats away!

"Putting these around the cars is a good thing, and it can also prevent small children from scratching them."

Unfortunately, for the protective motorists, it seems that some of the rats are already adapting to these new car attachments: by nibbling right through them.

Still, it hasn't stopped photos of the "skirts" from going viral on social media. The response has been largely of bemused praise.

​However, some have joked that if Nanning residents didn't eat cats, maybe they wouldn't have to create "car-skirts".

Nanning is in China's Guangxi autonomous province, which has a reputation for eating cat and dog meat. It's home to the controversial Yulin dog-eating festival.

000000
Popular comments
Optional solution in this case would be importing foxes.