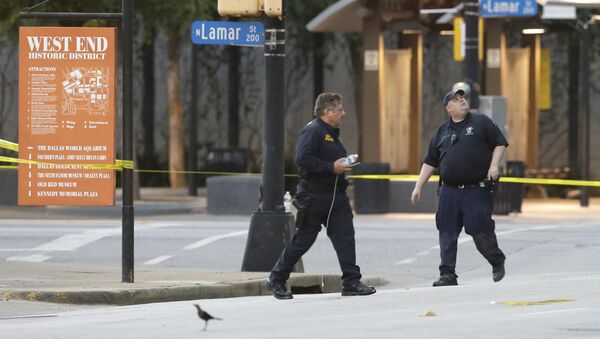 A US Army sergeant supervising the man who shot and killed five police officers in Dallas, Texas in July asked to have his gun taken away, according to US media.

WASHINGTON (Sputnik) — The report from an army investigation released on Wednesday said a sergeant asked the US army to take Micah Johnson's gun away from him in 2014 because he posed a potential threat, the USA Today reported on Friday.

Changes Needed in Society to End Deadly Shootings in US - Poll

The sergeant made the request after a female soldier reported Johnson for sexual harassment while they were stationed in Afghanistan. Johnson's firearm and all bladed weapons in his possession were taken away from him, the report noted.

The US Army sent Johnson back to the United States after the incident and gave him a less than honorable discharge.

On July 7, Johnson fatally shot five police officers and injured nine others in Dallas, during a protest against the police-involved shooting of two African-American men in the states of Louisiana and Minnesota.

Johnson was killed by police who exploded a bomb in the location where they had cornered him.