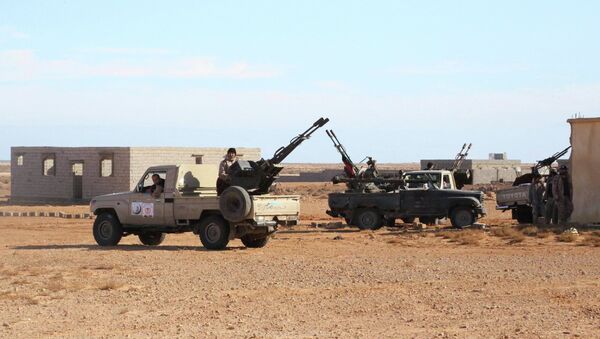 Rome is considering a request regarding the provision of assistance in the form of military mine clearance training to the Libyan army.

Libyan Forces Recapture Daesh Headquarters in Sirte
ROME (Sputnik) — Rome is considering a request made by Prime Minister of the Libyan Government of National Accord Fayez Sarraj regarding the provision of assistance in the form of military mine clearance training to the Libyan army, local media reported on Wednesday citing a source in the Italian government.

"The request has been received and the government is looking into it. For any new initiative [to be adopted], the government has to involve the Parliament," the Askanews cited its source, who noted that the Italian authorities have long been engaged in activities to aid and support the legitimate Libyan authorities, especially "in the field of humanitarian aid and providing help to the injured."

Earlier on Wednesday, media reports emerged claiming that Italian special forces have already been deployed in Libya and Iraq where they fight the Islamic State (Daesh) terrorist group.

The Daesh gained a presence in Libya in the turmoil following the 2011 overthrow of the country's long-time leader Muammar Gaddafi.