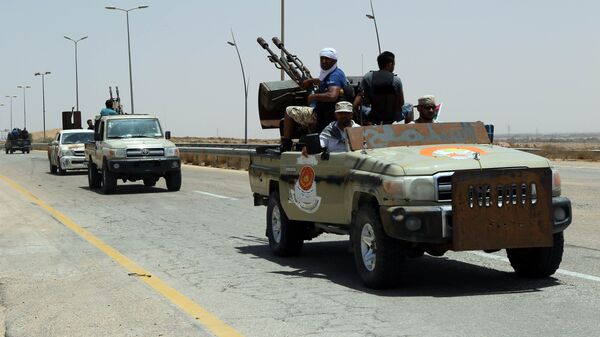 Troops loyal to the UN-backed Libyan government recaptured the Ouagadougou conference center, the Islamist headquarters in the port city of Sirte, the operations center said Wednesday.

US Forces Conduct Airstrike on Daesh Target in Libya
MOSCOW (Sputnik) — The Bunyan Marsous Operations Room announced that Daesh terrorists had been ejected from their hideout after a day’s offensive, the Libya Herald newspaper reported.

The operations center said they had liberated a hospital and a university, killing around 20 jihadists. They confirmed having lost contact with a Libyan Air Force warplane, the second in the past two months. The outlet cited Daesh who claimed they had downed the jet.

Daesh gained a presence in Libya in the turmoil following the 2011 overthrow of the country's long-time leader Muammar Gaddafi. The country has been mired in a civil war since 2014.