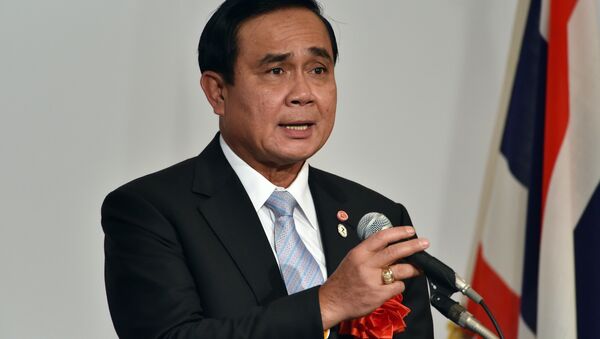 Date of UK General Elections Should Be Subject of New PM's Decision
BANGKOK (Sputnik) — On Sunday, the Thai voted in favor of a new constitution in a referendum. In accordance with the latest version of the roadmap proposed by the Thai National Council for Peace and Order, the elections based on new electoral law and new constitution should be held in November-December 2017.