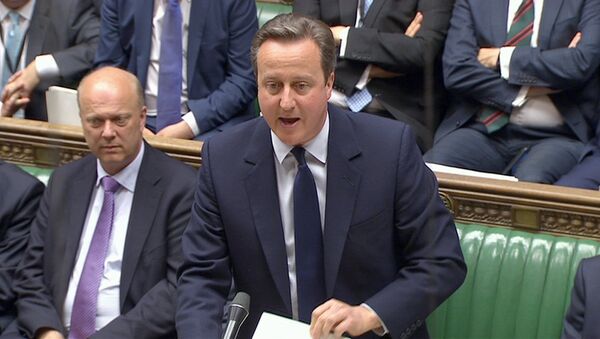 © REUTERS / UK Parliament via REUTERS
Subscribe
International
India
Africa
UK leader David Cameron said that new prime minister of the UK should decide whether to hold general elections in the United Kingdom before 2020.

MOSCOW (Sputnik) — Holding general elections in the United Kingdom earlier than or in 2020 should be subject of a new prime minister's decision, UK leader David Cameron said Monday.

Cameron announced his resignation on Friday, after the results of the Brexit referendum were announced, with the majority of the voters supporting the "leave" campaign, which the prime minister has opposed.

"I think the right thing would be for the new prime minister to take office and it will be for them to decide whether to fulfill the terms of this parliament or something else," Cameron told the parliament, when asked about the date of the next general elections.