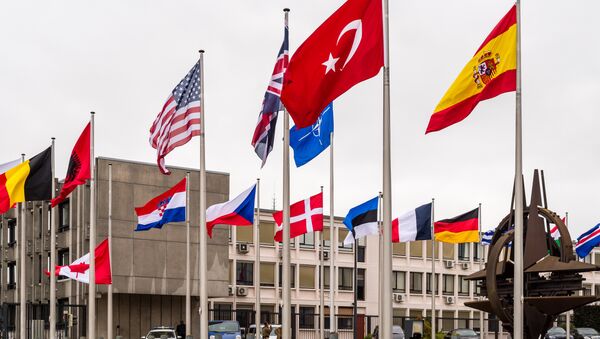 The Atlantic alliance has little influence on Turkey especially since the country's failed coup, and the alliance can’t expel a member state or otherwise punish it. The treaty can only be terminated by the member state itself. Let’s have a look what advantages it gives to Ankara and disadvantages - to NATO.

How important is Turkey to NATO

NATO was first formed in April 1949 with 12 original members (two North American nations and 10 states in Northern or Western Europe).
Turkey and its neighbor Greece joined NATO in February 1952, marking the first time the alliance made any kind of enlargement.

It was a major coup for Europe and for America: Turkey had control of the strategically important Bosphorus Strait and the Dardanelles.

The NATO alliance could therefore exercise a preemptively tight grip on the Soviet Union's only direct access to Western warm-water ports.

Furthermore, Turkey was a secular doorway into the resource-rich Middle East. 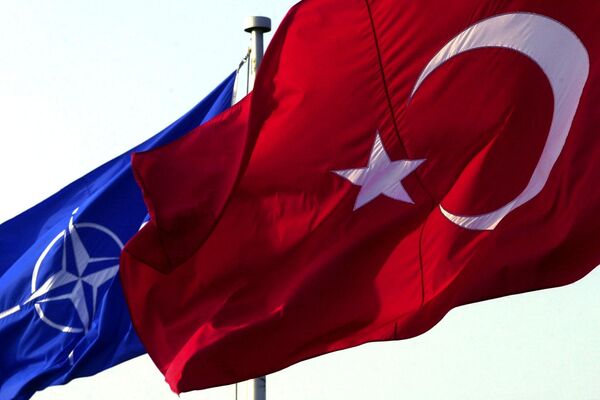 Many military experts are still convinced that NATO needs Turkey today for the same reasons it did during the Cold War, according to the website of the German news broadcaster Deutsche Welle.

Geopolitically, it says, Turkey plays an extremely important role as it flanks the trouble spots in the Middle East and the Black Sea.

Turkey has the second largest military in NATO after the US. They have commanded the NATO-led mission in Afghanistan twice and have sent thousands of troops to serve under the NATO flag in multiple military operations in the Balkans, Syria and Libya.

The western Turkish port city of Izmir hosts one of the five NATO headquarters, which is responsible for coordinating major operations of land-based forces.

‘Not Our Friends’: Erdogan Stokes Anti-US, Anti-NATO Fervor in Turkey
The Allied Land Command, or LANDCOM, is subordinate to the NATO Supreme Allied Commander Europe. There is also an important US military airport in Izmir.

Overall, it is estimated that facilities at 20 locations in Turkey are at least partly used by NATO forces.

Turkey is believed to host US tactical nuclear weapons which form an important part of NATO's nuclear deterrence capability.

It is home to an X-Band radar crucial for NATO's missile defense, and Ankara contributes to NATO's rapid reaction capabilities and joint initiatives such as Baltic Air Policing.

Even though Incirlik, near the town of Adana, is not a NATO facility it is nonetheless of extreme importance to the alliance and the US in particular.

It serves as a base for airstrikes on Daesh positions in Syria and Iraq. And has played an important role in the wars in the Persian Gulf and NATO's Afghanistan mission.

US Established Incirlik Air Base in Turkey to 'Redraw Middle East' Borders
The US Air Force maintains a large airbase there with around 2,000 troops and around 250 German soldiers with Tornado reconnaissance planes and a refueling aircraft are also temporarily stationed there.

Disputes with US and Germany

Deutsche Welle now suggests that Ankara could use the base as leverage in its dispute with at least two NATO member states.

With the US — over a potential extradition of Muslim cleric Fethullah Gulen, whom it accuses of masterminding the recent failed coup.

Ankara has also criticized the US for its support of Kurdish groups in the struggle against Daesh in Syria.

Turkey is also involved in a feud with NATO member Germany about a parliamentary resolution on Armenia.

Earlier this year, the Bundestag recognized the Armenian Genocide in the Ottoman Empire which occurred a century ago, something which Turkey vehemently denies.

Erdogan Predicts a Second Attempted Coup in Turkey is Imminent
German parliamentarians are therefore currently banned from visiting German soldiers in Incirlik. If this does not end soon, parliament could withdraw German soldiers from Turkey, the website suggests.

The North Atlantic Treaty makes no mention of leaving or being expelled from the alliance, nor of any penalties for misbehavior.

The treaty can only be terminated by the member state itself. And this can make the situation even worse.