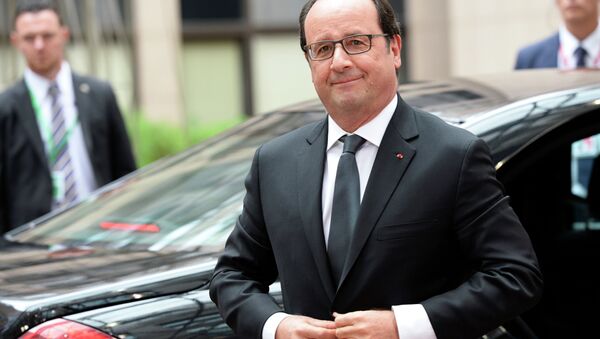 French President Francois Hollande has been accused of abusing democracy by using - for the third time - a part of the French constitution to finally push through into law, controversial changes to French Labor laws, which have provoked weeks of protest.

The French Socialist Government finally pushed through the law using article 49.3 of the French constitution for the third time to bypass parliament, despite massive opposition from the unions and students.

"This bill is, and will forever remain, stained by its antidemocratic character."

France has been beset by protests since Hollande's Socialist government forced through changes to the strictly codified French labor laws — known as the Code du travail — in an effort to make it easier for employers to take on permanent staff and allow for more flexible working.

The labor reforms would give employers more scope to lay-off workers and cut costs and allow some employees to work far longer than the current — and much cherished — maximum 35-hour week. Other reforms include a cap on severance pay for workers dismissed by a company.

The current uncertain cost of laying-off workers mean that companies are risk-averse to doing so, leaving them less flexible and — in some cases — less productive.

​Opponents say the reforms would undermine workers' rights on pay, overtime and breaks. Another mass demonstration has been slated for September 15 — largely because France is now on its summer break and the French don't do strikes when they are on holiday.