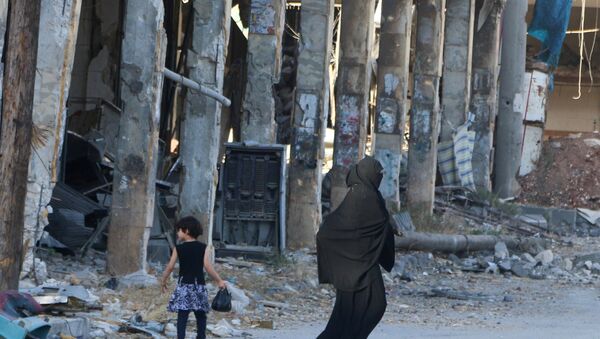 The Russian military delivered two metric tons of humanitarian aid to the Syrian provinces of Aleppo and Latakia, the Russian Defense Ministry said in a statement Saturday.

Obama Running Out of Time to Reach Deal With Moscow on Syria
MOSCOW (Sputnik) — "Two tonnes of humanitarian aid, particularly flour, rice, canned meat and fish, were delivered to families in need in the city of Aleppo and Beshrati village in the Latakia province," the statement reads.