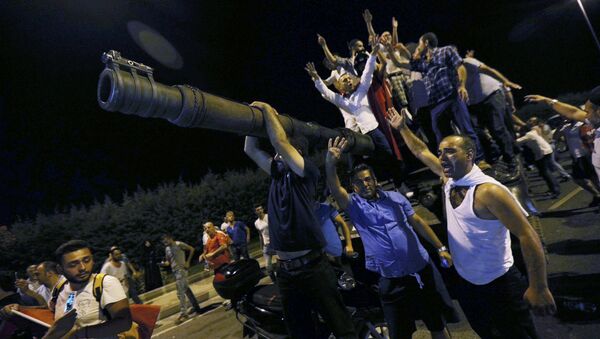 CNN Turk is back on the air after Turkish military soldiers stormed its building and that of Dogan Media.

CNN Turk's broadcast was stopped as soldiers entered the studio control room. Gunshots could be heard over the live television broadcast. According to a senior Turkish official, one journalist was reported shot during the studio takeover.

A number of civilians reportedly entered the building and a struggle ensued.

CNN Turk is now back on the air.