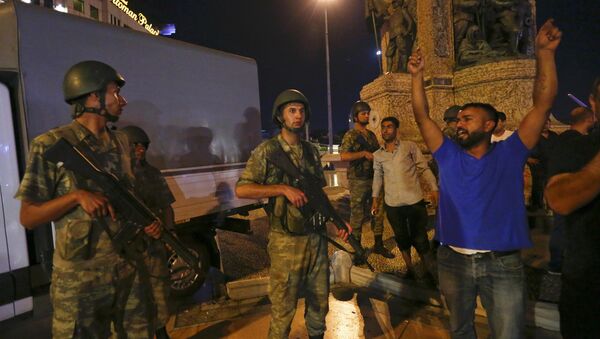 Tanks that have surrounded the Turkish parliament building have reportedly opened fire.

The tanks surrounded parliament earlier in the night. Anatolu news agency reports that an aerial attack was carried out on the building, as well, resulting in several injuries.

According to CNN Turk, soldiers are firing on individuals attempted to cross the Bosphorus Bridge in Istanbul.

​Earlier in the day, in an apparent coup attempt, the Turkish military claimed it had seized power from the government of President Recep Tayyip Erdogan.

Footage from earlier showed military helicopter opening fire on the main building of Turkish state television TRT and the headquarters of the TURKSAT satellite station.

Heavy gunfire was also reported at thte Presidential Palace and a series of explosions struck across the capital of Ankara.