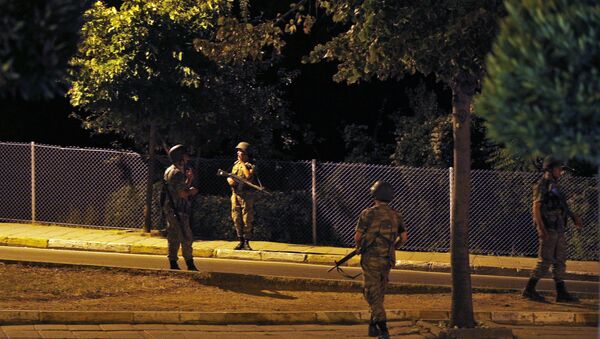 Video that appeared on social media allegedly shows an intense firefight between unknown forces in the Turkish capital Ankara. Earlier in the day, in an apparent coup attempt, the Turkish military claimed it had seized power from the government of President Recep Tayyip Erdogan.

The government maintains it is still in control.

There is very little evidence of what is happening the country since social media services Facebook, Twitter, and YouTube were shut down inside Turkey earlier in the day.