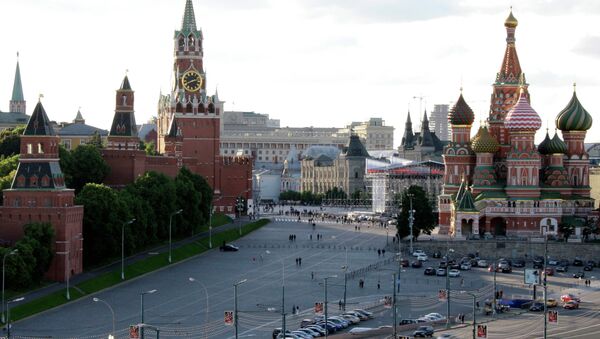 As the Pokemon hunting craze sweeps across the world, it remains unclear if people will be able to chase these elusive digital critters in the very heart of Russia.

Kremlin spokesperson Dmitry Peskov, for one, appeared uncertain whether Pokemons are already roaming the halls of the legendary fortified complex.

"If I'm not mistaken, this game is not yet available in Russia – I cannot say for sure though because I don't play games," he said.

Furthermore, Peskov pointed out that visiting one of the most famous landmarks and museums in the world merely for the sake of hunting some make-believe creatures produced by a mobile app sounds rather weird.

"Pokemons are hardly a good reason to visit the Kremlin, a treasury of world culture. And besides, the Kremlin is already an unprecedently open place, despite the fact that it is the residence of a head of state," he added.

US Senate Wants Pokemon Go Probed Over Security Concerns
Pokemon Go is a new mobile app based on 'augmented reality' technology. The game essentially prompts its users to go on a scavenger hunt for the titular ‘pocket monsters’ or Pokemons – characters from a 90’s video game and hit children's cartoon television series — using the player’s cellphone camera and GPS app.

The game has already causes several incidents around the world. For example, the administration of the Auschwitz-Birkenau Memorial and Museum, located at the sites of two infamous former Nazi concentration camps, had to ban the 'Pockemon hunt' on the premises, calling such behavior 'disrespectful'. Also, four NYPD officers were recently caught on video while apparently playing the game.