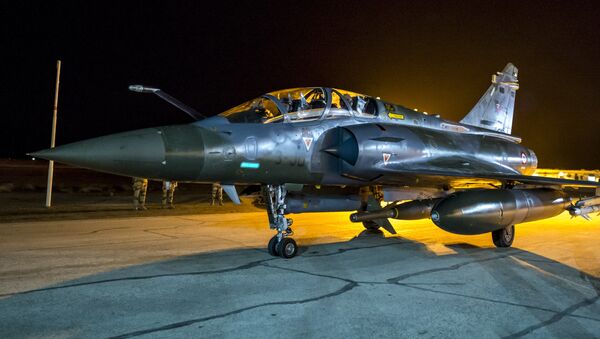 © AP Photo / French Air Force/ECPAD
Subscribe
The US-led coalition against the Daesh conducted ten airstrikes in Syria near three cities, including Manbij and Palmyra, and 17 strikes in Iraq near 11 cities, including Mosul and Ramadi, according to the US Central Command (CENTCOM).

Daesh Palmyra Assaults: Syrian Tactical Blunder or American 'Plan B'?
WASHINGTON (Sputnik) — The US-led coalition against the Daesh conducted 27 airstrikes against the terror group’s positions in Syria and Iraq on Tuesday, the US Central Command (CENTCOM) said in a press release.

The Daesh terrorist group, also known as Daesh, is outlawed in the United States, Russia and numerous other countries throughout the world.