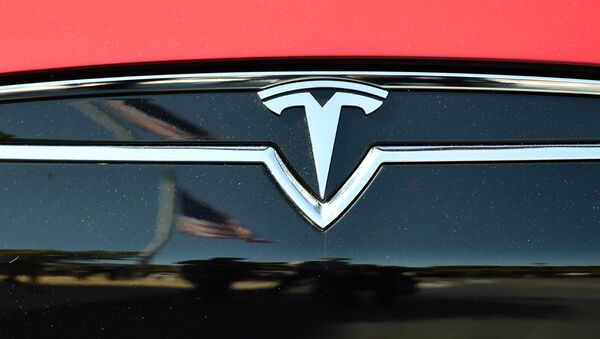 The automaker said in a statement on Tuesday that NHTSA is opening a preliminary evaluation into the performance of autopilot during the crash that may influence the future of the driverless cars.

The accident that killed Tesla driver Joshua Brown occurred in Florida on May 7. A Tesla Model S crashed into a tractor trailer that drove across the highway perpendicular to the vehicle.

Neither autopilot nor the driver noticed the white side of the tractor trailer against the bright sky, the Tesla Motors blog reads. As a result, the Model S passed under the trailer, and the bottom of the trailer impacted the car's windshield.

Our condolences for the tragic loss https://t.co/zI2100zEGL

​Tesla blames the fatality on the rare circumstances and emphasizes that, despite the incident, it believes its vehicles with an autopilot mode are safe. The electric car company admitted that autopilot still requires improvement but noted that its track-record on safety is still very high.

"This is the first known fatality in just over 130 million miles where Autopilot was activated. Worldwide, there is a fatality approximately every 60 million miles," Tesla said in a statement.

The company called on drivers to remain focused while using the autopilot mode, noting that it does not technically put the car into driverless mode, and is simply "an assist feature."

"Autopilot is getting better all the time, but it is not perfect and still requires the driver to remain alert," Tesla said in the statement.

However, some drivers tend to believe that the future is now and ignore the caution. Soon after the system was introduced, YouTube exploded with videos of Tesla drivers with their hands far from the wheel or even sleeping at the wheel.

Tesla Model S Goes Swimming
The race to bring truly driverless cars to market is in full swing, with tests being conducted in different parts of the world by such companies as Apple, Google, General Motors and Ford, and with significant investments being made in autonomous trucks and small buses. Google's driverless fleet caused only one minor accident in over 1.5 million miles in fully-autonomous mode.

But when more fatalities start to occur, it is yet to be seen how the fans of the driverless future will react.