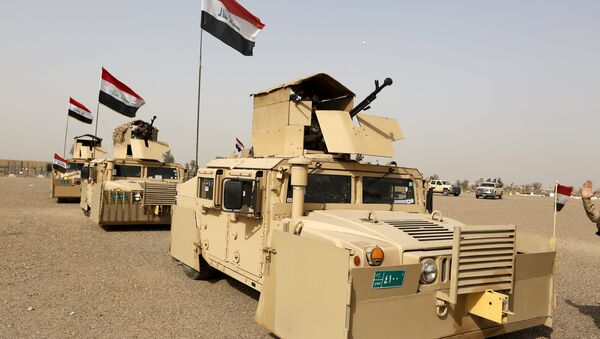 © REUTERS / Ahmed Saad
Subscribe
International
India
Africa
The Pentagon said the US-led coalition against Daesh will do its best to liberate Mosul from Daesh terrorists by the year end.

WASHINGTON (Sputnik) — The US-led coalition against Daesh will do everything in its power to aid the recapturing of the Iraqi city of Mosul from the terror group before the year end, Operation Inherent Resolve spokesman Col. Christopher Garver said in a briefing on Wednesday.

"[The] Prime Minister [of Iraq] has said he wants to be at Mosul by the end of the year," Garver stated. "We are going to do everything we can to make that happen."

Garver also noted that if the coalition can get into Mosul and begin fighting before the end of 2016, "we definitely want to do that as well."

The US-led coalition of more than 60 nations has been conducting airstrikes in Syria and Iraq against Daesh since the summer of 2014. The terrorist group is outlawed in the United States and Russia, among numerous other countries.