Brexit Diaries: Leaving 'Will Cost Me a Lot' - Lithuanian Shopkeeper 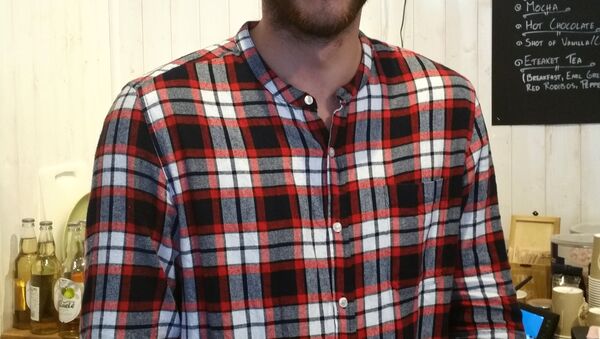 As the EU referendum vote draws ever closer, the divide between the Remain and Leave campaigns is increasing whilst the debate as to whether the UK should stay in the EU must now come to an end.

For Lithuanian shopkeeper, Rokas, who has lived in Edinburgh for three years, the decision is simple — Britain should remain in the EU.

"I hope that we will stay in the EU because I like how it's easy to travel in Europe at the moment," the Lithuanian shopkeeper told Sputnik.

"If we leave, there will be customs and taxes I would imagine, on goods coming from Lithuania — I have no idea what's going to happen but it's probably going to cost me a lot.

"I really like the way it is now and I hope it's going to stay the same."

Friends and family of the Lithuanian shopkeeper also agree. Rokas' wife has a small cafe — and despite them both believing that the business will not be affected if the UK do leave the Union — they enjoy traveling in Europe, especially when the weather is bad in Britain.

However, he does believe that EU citizens living here should be allowed to vote.

"I think it's fair because it's the decision of this country. Maybe there should be a limit, so if you've lived here for 10 years for instance, you should be allowed to vote. Even if I had the right to vote I wouldn't at the moment because I don't feel I've earned it," Rokas told Sputnik.

Rokas believes that most Lithuanians are happy with the EU. However, he also recognizes that Lithuania is a small country and benefits greatly from being in the Union.

"You go everywhere and you see schools, roads, farms funded by the EU. I never hear of anyone who is unhappy about it. Only for older people, like my gran, it is more difficult because of the different currency now which they are not used to. It is very different for the UK because it is a strong, big economy, so it thinks it can manage on its own," Rokas told Sputnik.

However the biggest concern for Rokas, would be the fall out if the UK were to leave. He believes this will pave the way countries like Denmark — and others — to follow suit.