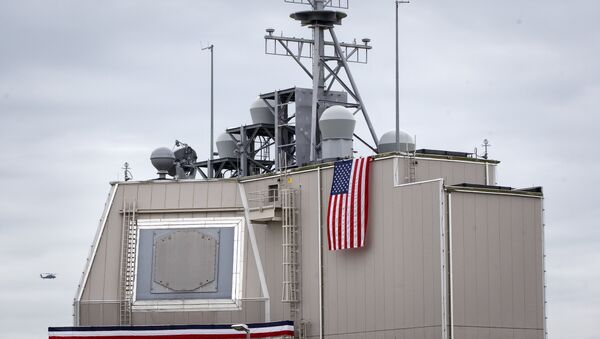 © AP Photo / Vadim Ghirda
Subscribe
International
India
Africa
Ex-US Chief of Naval Operations science advisor said that the current missile defense systems would be incapable of dealing with the most simple decoys and the next US president should scrap them.

WASHINGTON (Sputnik) — The next US president should order a comprehensive evaluation of the capabilities of high-altitude missile-defense programs with a view to scraping them as useless, ex-US Chief of Naval Operations science advisor Theodore Postol told Sputnik.

"The emphasis of the review should be to determine if these systems have any capability to discriminate between warheads and decoys," Postol, emeritus professor of science, technology and security policy at the Massachusetts Institute of Technology, stated on Monday.

Postol noted the review should be comprised of people who have actual technical expertise, rather than people who are political appointees and do not have the technical credentials to contribute to the scientific merit of the study.

This finding is based in the fundamental physics of infrared phenomena that show improvements in sensors can never change the outcome of the conclusions, Postol pointed out.

"This means that the United States is simply wasting its money on these systems."

If the next US administration commits itself to using fundamental science to determine whether or not taxpayer monies are properly being spent, the result will be the cancellation of these systems that are creating fundamental problems between the United States, Russia, and China, Postol added.

"The bottom line is that these systems give us the worst of both worlds. They provide us with no reliable defense capabilities, and they are antagonizing and creating fear in Russia and China that is counterproductive and is ending all efforts at future arms reductions."

Postol recalled that that successive US administrations were investing scores of billions of dollars in missile defense systems that had no capabilities, but inspire fear.

"The pursuit of these systems by the United States raises questions in the minds of potential adversaries about what the United States leadership believes it can do. Does it believe that it can attack Russia or China and use these missile defenses to defend against a ragged retaliation?"

Continued enormous US investment in systems that could not work was bound to make other nations fear that eventually they might have some level of effectiveness, Postol noted.

"Contrary to popular belief, the pursuit of these missile-defense systems is much more than a waste of money. It is quickly foreclosing any future reductions in nuclear weapons, which are the greatest danger to the United States and the rest of the countries in the world."

The next US president should determine whether or not these systems can be expected to provide any reasonable defensive capability and scrap them if they do not, Postol concluded.