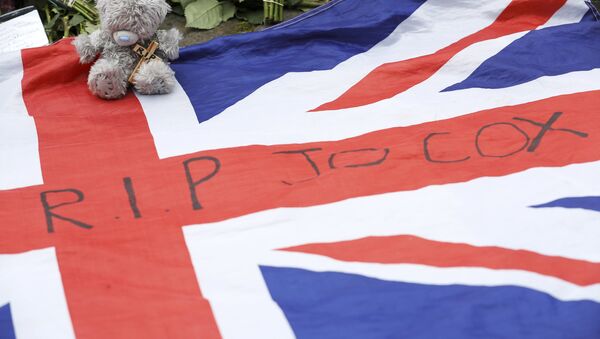 "We have now charged a man with murder, grievous bodily harm, possession of a firearm with intent to commit an indictable offence and possession of an offensive weapon. Thomas Mair, 52, of Birstall, will appear at Westminster [in London] Magistrates Court today (Saturday 18 June)," Detective Superintendent Nick Wallen of the Protective Services (Crime) department of West Yorkshire Police said in a Saturday statement.

Cox, a Labour lawmaker representing Batley and Spen constituency for the House of Commons of the UK Parliament, was shot and stabbed on Thursday outside Birstall Library. Along with Cox, a 77-year-old man who tried to help her sustained some injuries in the attack that were not life-threatening.

According to police, the attack appears to be an isolated incident, but Mair’s links to right wing extremism will be investigated, as well as reports of him having mental health issues.

Cox campaigned for the rights of refugees and was against Brexit (the United Kingdom leaving the European Union).