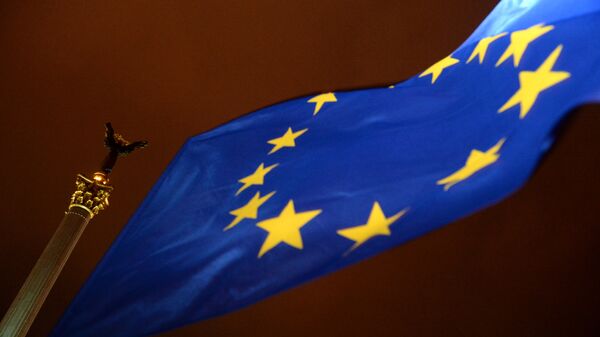 Medical humanitarian group Doctors Without Borders has announced it will no longer accept aid from the European Union and its member countries in light of the EU’s controversial migrant deal with the Turkish government.

The controversial deal will require the deportation of people who arrive in Greece illegally back to Turkey. It also allows a one-to-one swap that will grant asylum to a  Syrian refugee for every migrant who returns to Turkey. Turkey stands to gain six billion euros for Syrian refugees, along with revised talks about membership in the EU.

"The large-scale returns of Syrian refugees we have documented highlight the fatal flaws in the EU-Turkey deal. It is a deal that can only be implemented with the hardest of hearts and a blithe disregard for international law," Amnesty International said in an April report criticizing the deal.

John Dalhuisen, Amnesty International’s Director for Europe and Central Asia also denounced the plan, saying "In their desperation to seal their borders, EU leaders have willfully ignored the simplest of facts: Turkey is not a safe country for Syrian refugees and is getting less safe by the day."

​Also known as  Médecins Sans Frontières, or MSF, the group said in a statement that the migrant deal has placed  "more than 8,000 people, including hundreds of unaccompanied minors," into Greek camps that cannot accommodate them all.

"They fear a forced return to Turkey yet are deprived of essential legal aid, their one defense against collective expulsion.The majority of these families, whom Europe has legislated out of sight, have fled conflict in Syria, Iraq and Afghanistan." the statement read.

"For months MSF has spoken out about a shameful European response focused on deterrence rather than providing people with the assistance and protection they need," Jerome Oberreit, International Secretary General of MSF, added.

"Europe’s attempt to outsource migration control is having a domino effect, with closed borders stretching all the way back to Syria. People increasingly have nowhere to turn."

The EU also recently announced plans to send billions of euros in aid to African and Middle Eastern countries to help stop the flow of migrants. In exchange, countries agreed to welcome back migrants who are deported from Europe.

France Timmerman, part of the European Commission that presented the plan, said the initiative would  "…use a mix of positive and negative incentives to reward those third countries willing to cooperate effectively with us and to ensure that there are consequences for those who do not."

"There is nothing remotely humanitarian about these policies," Oberreit said. "Once again, Europe's main focus is not on how well people will be protected, but on how efficiently they are kept away."

"None of our patients will be affected by this decision,We will use emergency funds to keep our projects running," MSF said in a tweet.