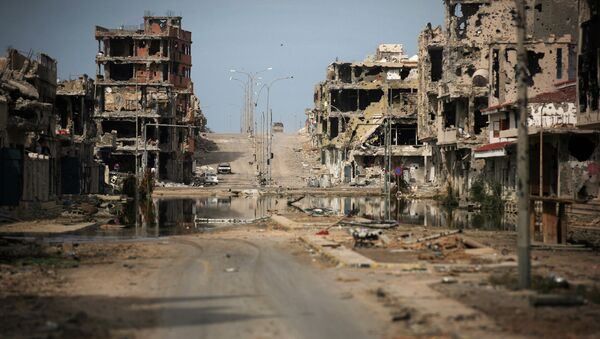 US Special Envoy for Libya Jonathan Winer said that the allies of the United States are not considering sending military forces to support the internationally-backed Libyan GNA against Daesh.

WASHINGTON (Sputnik) — The allies of the United States are not considering sending military forces to support the internationally-backed Libyan Government of National Accord (GNA) against the Islamic State (ISIL, or Daesh), US Special Envoy for Libya Jonathan Winer told the US Senate Foreign Relations Committee.

"No foreign nations [are] planning to send military forces to aid Libya," Winer told the committee on Wednesday. "I am not aware of anything beyond [a] training and equip mission center."

Winer also denied that the US Department of Defense was preparing to send ground forces into Libya.

UN SC Allows EU to Intercept Weapons-Smuggling Ships Near Libyan Shores
"I don't know of a military campaign in Libya being contemplated," he stated.

Winer also admitted that the GNA was not yet securely established across Libya despite it making some progress in recent months with US assistance.

"There are lots of grounds for pessimism. There are also grounds for optimism and real progress… Could the advances of the past few months be reversed? Yes the progress is fragile. We are still in a fragile place," he explained.

Additionally, Winer told the committee that the US government was in talks with the Tobruk House of Representatives forces that have so far refused to join Libyan government forces fighting the Islamic State around the eastern city of Sirte.

Years of instability in Libya have created a political and security vacuum that was filled by Islamist militants. Daesh gained a foothold in the country by capturing cities along the coast. In spring, armed forces loyal to GNA began fighting for control of Sirte.