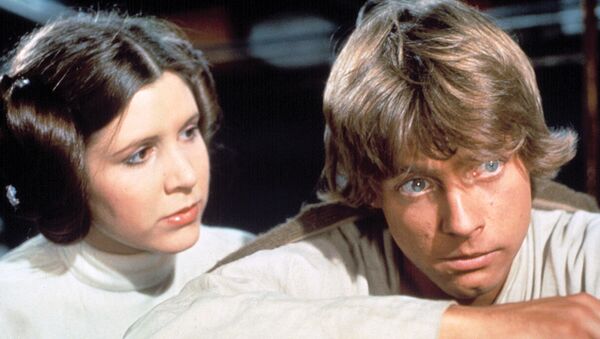 A long time ago in a galaxy far, far away, the fictional intergalactic freedom fighter, Luke Skywalker, looked out at the twin sunsets of Tatoo I and Tatoo II, and dreamt of a life beyond his home planet of Tatooine.

Now, according to a new discovery by NASA scientists, it turns out that such a scene may well be playing out as you're reading this — in a galaxy far, far away.

Well, sort of… NASA hasn't announced the existence of a distant, warring republic, but they have discovered a new planet which appears to orbit two suns.

Kepler-1647 is 3,700 light years away and approximately 4.4 billion years old — roughly the same age as Earth — and it orbits two stars very similar to our own sun.

The star system itself is too faint to see with the naked eye, and was spotted by a team of astronomers at NASA's Goddard Space Flight Center in Maryland, and San Diego State University (SDSU), using NASA's Kepler Space Telescope.

In truth, this isn't the first such — circumbinary extrasolar — planet to have been discovered by astronomers; that honor belongs to the snazzily titled "PSR B1620-26", located in the M4 cluster, which can be seen relatively easily amidst the constellation of Scorpius.

SDSU astronomer William Welsh said that "finding circumbinary planets is much harder than finding planets around single stars… transits are not regularly spaced in time and they can vary in duration and even depth."

The new Tatooine-like planet — Kepler-1647b — is essentially a giant ball of gas though, so experts say it's unlikely to host life, but if it has large moons they could well be suitable for life.

"Habitability aside, Kepler-1647b is important because it is the tip of the iceberg of a theoretically predicted population of large, long-period circumbinary planets," Welsh said.

Researchers will now spend a number of years conducting grueling computer tests as to the exact make-up of the newly discovered planet, as well as what looks like some sort of half finished, giant man-made moon orbiting close by.

Actually, that last bit was made up. No "Death Star" has been discovered — so far.