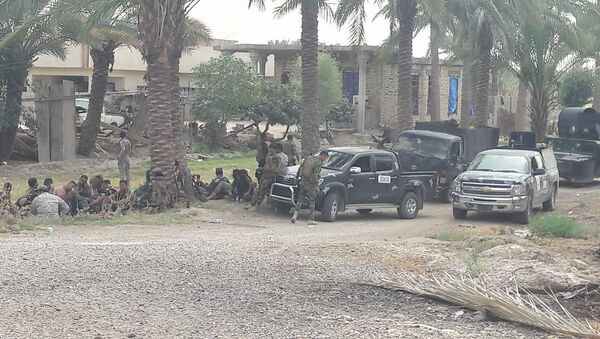 The Iraqi forces will start storming the center of Fallujah city to liberate it from the Daesh terrorist group within two or three days, Iraqi Federal Police Commander Shakir Jawdat told Sputnik.

BAGHDAD (Sputnik) — The Iraqi Army and Shiite militias, backed by US airstrikes, launched the offensive to retake Fallujah on May 22. The governmental forces have already gained control over most of suburbs of the city.

"The storm of the Fallujah city center will take place within two or three days, after the security forces and the al-Hashd al-Shaabi [Shiite armed militia forces] finish to liberate its surrounding territories," Jawdat said.

Fallujah, located some 42 miles west of the Iraqi capital of Baghdad, is one of the largest cities in the Anbar province. Daesh, outlawed in many countries including Russia, has been in control of the city since 2014.