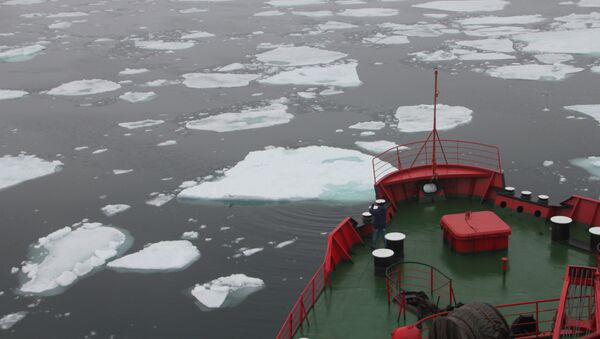 Vast, enigmatic Russia has scared off many foreign businessmen, but the rules of the game remain the same throughout the world. In order to make your dealings with Russia and Russians fruitful, respect is the key.

All Clear! Russia to Give Its Arctic Domains a Clean Bill of Health
Salve Dahle from the Norwegian company Akvaplan-niva learned this maxim from a quarter-century of personal experience. In the early 1990's, his company was one of the first to enter the revived Russian market shortly after the Soviet Union's break-up, and it has remained active there ever since. In June, Akvaplan-niva commemorated the 25-year anniversary of its cooperation with Russia and the team is set to travel to St. Petersburg to meet their colleagues and participate in seminars and celebrations.

"We were among the first Westerners to sail into Russian territorial waters on a Russian research ship to investigate radiation exposure from the nuclear test fields on Novaya Zemlya and other pollutants along the Kola coast, in the eastern Barents Sea and in the Kara Sea," Dahle told the news outlet High North News.

According to Dalhe, the research partnership was successful due to his company's non-government status and broad expertise. With a specialty in aquaculture and environmental issues, Akvaplan-niva offers research and development solutions, consulting services as well as support in terms of technology and innovation. As early as 1992, Akvaplan-niva carried out its first-ever joint expedition with its Russian partners, landing on islands in the eastern Barents Sea. In turn, Russian researchers were invited to conduct a corresponding environmental assessment in Norwegian waters around Svalbard, which was greatly appreciated.

Some Like It Cold: Norway Bursts Global Warming's Methane Bubble
Dahle's experience has allowed him to determine the necessary prerequisites for successful cooperation.

"You have to remember that you are but a guest in a foreign country. You must have respect. Through respect you accumulate trust, which goes both ways. Without this mutual trust you can forget about going anywhere," Dahle said.

In this sense, it is all about being human, respecting your hosts and bearing in mind that trust is not built in one day.

On a practical level, the first thing to do to establish a Russian company is to hire a director. This must be followed by an accountant who makes sure that everything goes by the book. Dahle pointed out that a good accountant can save a company large sums in fines and penalties for failure to comply with ever-changing and overly elaborate rules and laws. Finally, you have to get rid of the idea that the locals' attitude to time is the same as at home. Your have to arm yourself with patience in the face of a society that works differently than your own.

Arctic Ardor: Norway Set to Innovate Its Polar Domains Amid Economic Slump
Akvaplan-niva's involvement in Russia peaked in the 1990s. It was during this period that his team conducted a number of extensive environmental and pollution studies, together with their Russian partners. This resulted in a series of reports which later laid the foundation for both Western and Russian assessments of what environmental protection measures were both necessary and desirable in the Arctic.

It its heyday, Akvaplan-niva had a yearly turnout of up to 5 million kroner (roughly 620,000 dollars), which later shrunk amid the recession and anti-Russian sanctions. At present, the company is pinning its hopes on Russia's plans to develop its fish farming potential, as well as energy projects in the Arctic. Today, the company's office in Murmansk has been "mothballed," but is set to open again once the situation has changed, Dahle pointed out.