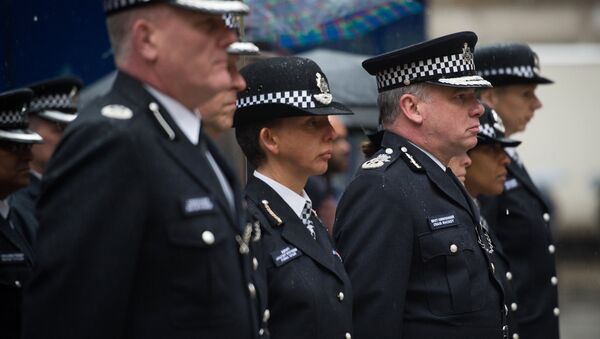 © AFP 2023 / Leon Neal
Subscribe
International
India
Africa
The Scottish police force - Police Scotland - has announced plans to introduce a hijab as part of its uniform, in a move it hopes will encourage more Muslim women to join the force.

The decision, which emerged from a Police Scotland briefing to the Scottish Police Authority, has met with great approval from Scotland's Muslim community.

"We welcome this. Anything which helps to encourage minority groups to join, and look for employment within the Police is to be welcomed. But obviously, this is something that should be done across the board with other faith communities as well — for example, Sikhs who wear the turban. To ensure that the police becomes more representative of the diverse communities they work with," Mazhar Khan from the Muslim Council of Scotland told Sputnik.

"If it's perceived as a barrier, then it's good that that barrier is not there anymore. So in that sense it's a positive move. Certainly people will see this as a positive gesture, that the hijab is not seen as a problem or a barrier to being employed within the police force," he added.

Police Scotland have stated that an additional 650 recruits would be needed in order to accurately reflect the proportion of Scotland's ethnic minority population.

This is a particularly striking figure, given that just 127 black and Asian candidates applied to join Police Scotland in the last year. Mazhar Khan said however, that applicants from minority ethnic groups were low "across the board" and stressed that this was not just a Muslim issue.

The hijab is a veil which covers a woman's head and chest, and is used to maintain a level of modesty instructed by guidelines in the Quran, where women are in the company men outside their immediate family, or non-Muslim females. The word hijab literally means a screen or curtain.

Of course, this is not the first time such a move has been made by a police force in the United Kingdom, the hijab has been an official uniform option for Thames Valley and London's Metropolitan Police for several years now.