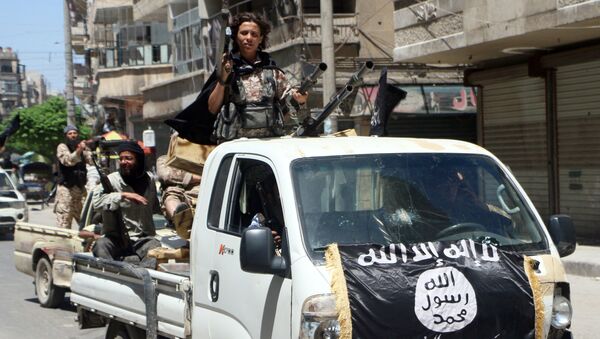 Washington's Achilles Heel in Syria: Why US Asked Russia Not to Bomb Nusra
Earlier in the day, the Russian center for Syrian reconciliation reported that al-Nusra Front and Ahrar ash-Sham continue to shell the Kurdish neighborhood of Sheikh Maqsood in Aleppo.

On Friday, Russian Foreign Minister Sergei Lavrov urged the US to convince those rebel groups which they support in Syria to leave areas where al-Nusra Front militants are present.