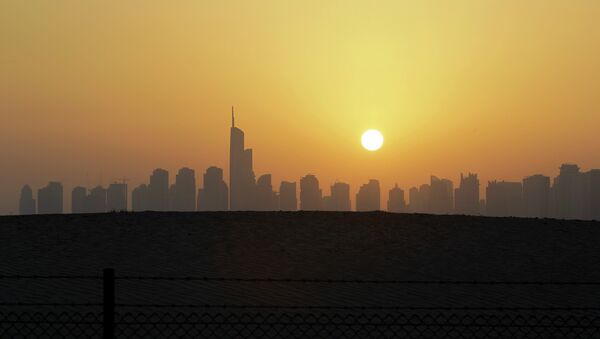 UAE May Invest in Various Gas Sector Projects in Russia
Matvienko's visit, during which she was able to meet a number of senior UAE officials, has had a very positive effect on inter-parliamentary relations between Russia and the UAE, she noted, adding that excellent relations have been established between Russian President Vladimir Putin and UAE President Khalifa bin Zayed Al Nahyan.

Qubaisi became the first woman parliamentary head in the Arab world in 2014, when she was appointed as the president of the Federal National Council, the UAE representative body.

Russia-UAE relations stand out for their high level of political dialogue and intensive exchange of delegations. In September 2007, Putin paid the first official visit to the UAE in the history of the two countries' bilateral relations. Abu Dhabi Crown Prince Mohammed bin Zayed Al Nahyan visited Russia in September 2006, June 2009, October 2012 and September 2013. On October 11, 2015 President Putin met with Prince Al-Nahyan on the sidelines of the Formula-1 races in Sochi.