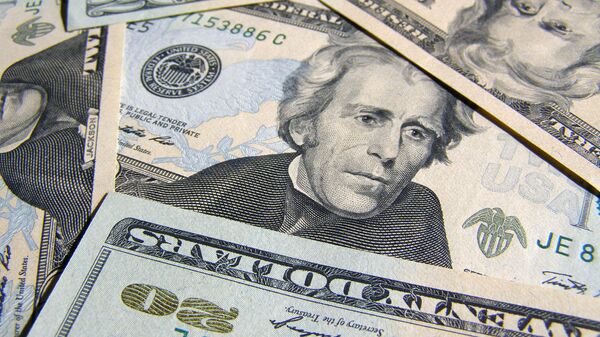 More Than Half of Americans Living on the Edge of Financial Ruin
According to Moody’s Analytics, about 30 percent (some $504 billion) of the $1.7 trillion in cash held in 2015 by all American companies is in the hands of five tech companies: Apple, Microsoft, Alphabet, Cisco and Oracle.

A report by S&P states that as much as 51 percent of all cash holdings are concentrated in the hands of 25 US corporations.

Corporate wealth has grown consistently, and, since 2013, the five top firms have seen a five-percent increase in their cash holdings.

According to S&P credit analyst Andrew Chang, the soaring wealth of a few companies reflects the liquidity problem faced by a majority of companies, carrying the burden of a growing national debt.

“Unlike the bottom 99%, these companies’ cash position was already strong before the Great Recession, but it has mushroomed since,” the report said.

Bill Clinton’s 1990 Policies Can Not Save Today’s US Economy
Overall cash held by American business is increasing, but US investors do not benefit, as companies gradually allocate their money abroad to avoid paying US taxes.

As of 2015, 72 percent of the cash assets of American companies were allocated overseas. In just three years this number has increased by 14 percent. Apple that accounted for almost 10 percent of all the cash reserves, or $216 billion, and keeps an estimated 93 percent of this sum abroad.

The trend will continue, according to Moody’s, “unless tax laws are changed to encourage companies to repatriate money," noting that at the current moment, “there has been little progress” on tax reform.