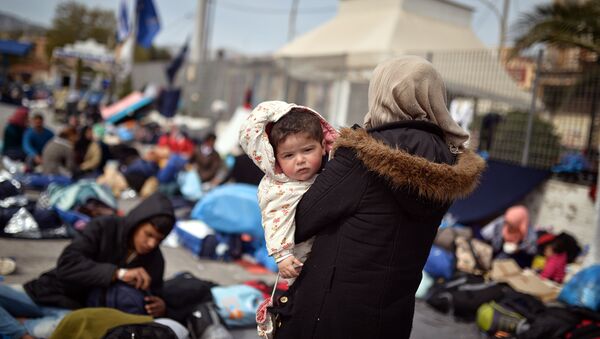 © AFP 2022 / Louisa Gouliamaki
Subscribe
Europe's version of a refugee camp is a chaotic, severely overcrowded, filthy and unhygienic one where "mismanagement and lack of information contribute to the chaotic and volatile atmosphere in three Greek 'hotspots,'" Human Rights Watch (HRW) reports.

Human Rights Watch (HRW) recently visited the islands of Samos, Chios and Lesbos to see the conditions asylum seekers were living in.

The organization inspected the facility at the Vathi hotspot on Samos, following a violent riot that had erupted at the refugee center. Inspectors found smears of blood on floors and clothes and saw bruises and lacerations on men and women.

#Greece: Hotspot center in #Samos is at 4x intended capacity; conditions miserable & tension is at a breaking point https://t.co/54hwlt9oBi

"Myself and my colleague had to 'talk down' a gang of around 30 men armed with iron bars, planks of wood and glass bottles who were looking to continue the violence from the night before." 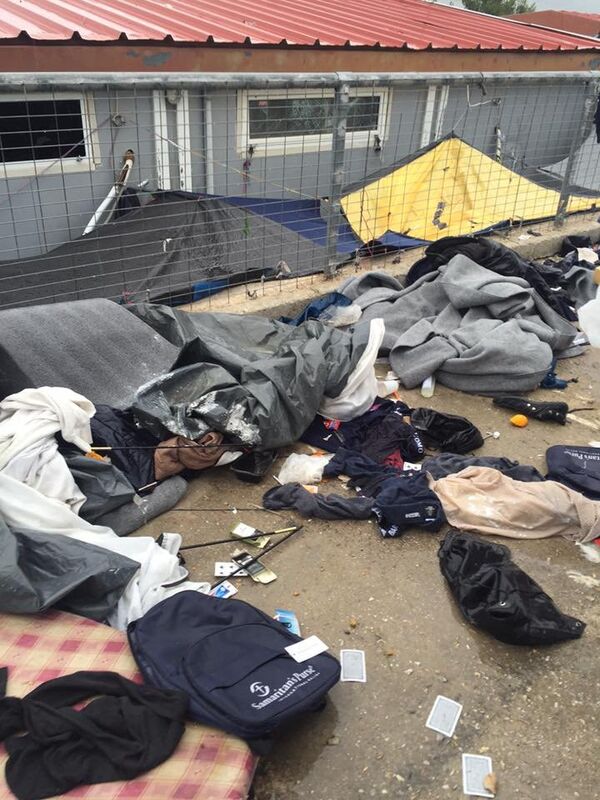 Waldorf says the withdrawal of the United Nations Refugee Agency (UNHCR) and other organizations including Doctors Without Borders (MSF) from the hotspots "has resulted in a humanitarian crisis."

"None of the money pledged for the hotspots has actually been allocated to Greece yet — so in the meantime, they struggle to meet the financial burden of the hotspots against the backdrop of their own deepening economic crisis.

"We recently supplied domestic kits including a dustpan and brush, a mop, detergent and a bucket with soap powder for people who have been located in cabins," Waldorf told Sputnik.

It’s been a month since the European Union made what has been described as a "dirty deal" with Turkey in which all new migrants who arrive in Greece are deported back to Turkey. In return, Syrian refugees from Turkish camps will be resettled in Europe, on a one-for-one basis.

The EU deal with Turkey has also been condemned by NGOs lawyers and human rights groups who say it is illegal and immoral.

The deal is not helping the situation on the island of Chios either.

​"Before the EU made a deal with Turkey, it was better for everyone on Chios," Sokrates Syriodis, member of the Council of Chios told Sputnik.

"The new deal has left a lot of people trapped in a country that they don't want to stay in and the deal is not working out.

"The plan was to house 800 people – now there is over 2000. Nobody is moving back to Turkey and they can't go anywhere else," Syriodis said.

Charity workers, like Pru Waldorf continue to work on the islands to help improve conditions for asylum seekers. Calais Action largely relies on donations and at times Waldorf admits, it is distressing.

"I've seen people with severe injuries as a result of them crossing [the sea] or brutality on the way [to Greece].

"I've met women who have lost their children or pregnant women who have miscarried. I've watched a man who has shrapnel lodged in his head, repeatedly banging it against a metal container because he was in so much pain — whilst the authorities looked on and did not act." 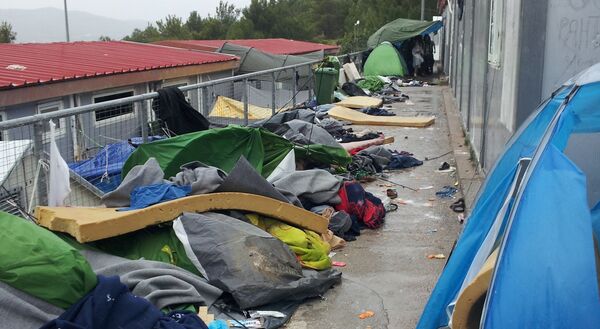 "I've seen a lot of despair, suffering and depression. But also I have seen lot of hope, laughter humanity and warmth," Waldorf told Sputnik.

This is the reality of Europe’s refugee camps in hotspots on Greek islands, according to the people volunteering there.