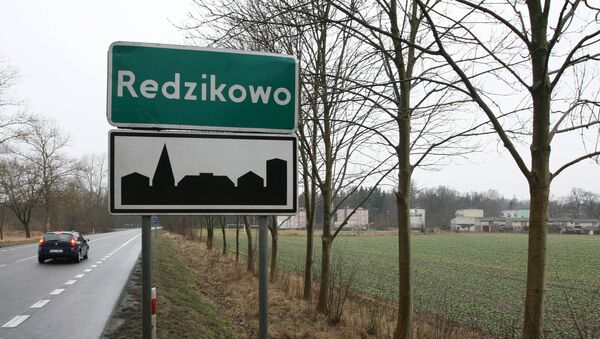 © AP Photo / Alik Keplicz, File
Subscribe
The US Aegis Ashore missile defense system due to be built in the Polish village of Redzikowo is not directed against Russia, Polish Foreign Minister Witold Waszczykowski said Friday.

"The initiative of the missile defense shield is not directed against Russia," Waszczykowski told the Polska Agencja Prasowa (PAP) news agency, adding that the military base would significantly change Poland's security status.

US Air Defense Shield Not Defense, But Nuclear Potential in Europe - Putin
According to the minister, Poland has sought to change this status for years despite joining NATO in 1999.

On Thursday, the US Aegis Ashore missile defense system was officially inaugurated at a military base in Romania.

"These two bases — in Romania and Poland — are located so that they will be practically unable to intercept missiles launched from Russia in direction of the United States, that is why Russia's criticism is unfounded," Waszczykowski said.

The facility in Redzikowo is expected to be fully operational by 2018. The military base is expected to be equipped with medium range SM-3 interceptor missiles as well as a radio guidance radar. About 300 US servicemen are supposed to serve the facility.

000000
Popular comments
Actually the guy is correct. It is not directed against Russia, but against Europe itself. So, whoever allows this to happen is, in fact, a traitor to motherland.
elsa.zardini
13 May 2016, 18:27 GMT2
000000
It's right: the Polish and Roumanian bases are not made against missiles directed to USA but to defend the waves of planes and missiles directed at Russia when NATO will attack. I strongly recommend to read this article: "NATO’s Future Blitzkrieg against Russia: The Battle for Air Supremacy" katehon.com/article/natos-future-blitzkrieg-against-russia-battle-air-supremacy