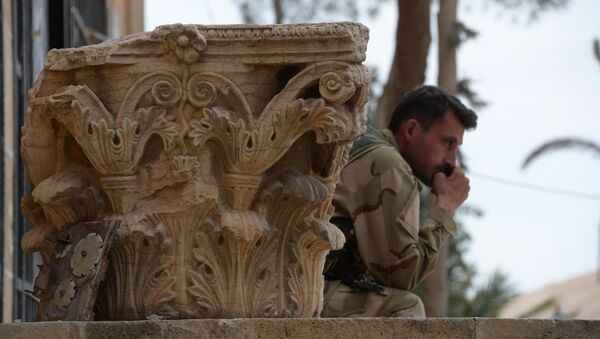 Workers in Palmyra are restoring water and electricity supplies to the ancient city, famous for its magnificent Roman ruins, after the city was recaptured from Daesh terrorists less than two months ago.

World
'Would Be an Honor': Damascus Hopes Russia Will Help Restore Palmyra
Daesh militants captured the city, also known as Tadmur, in May of last year. They destroyed some ancient sites and used others to stage mass executions.

A RIA Novosti correspondent visited Palmyra where several families are desperately trying to bring their war-scarred city back to life.

A month after liberation Palmyra remains a sorry sight with most of its buildings reduced to rubble, ransacked or burned down. 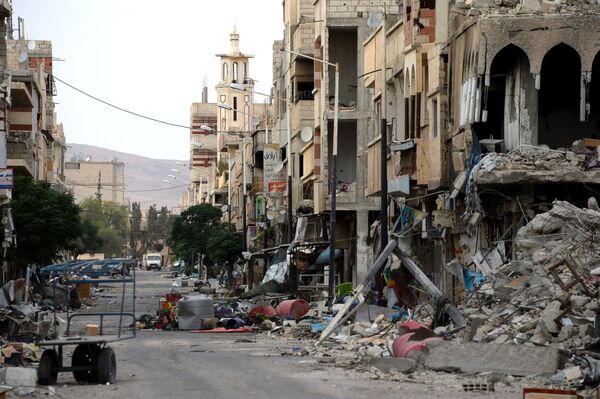 During their retreat the terrorists mined most of the city, planting thousands of mines on all of the main streets at a distance of 50 meters apart.

Russian army engineers, armed with state-of-the-art mine-defusing robotic devices, were airlifted in immediately after the city was liberated in late March. 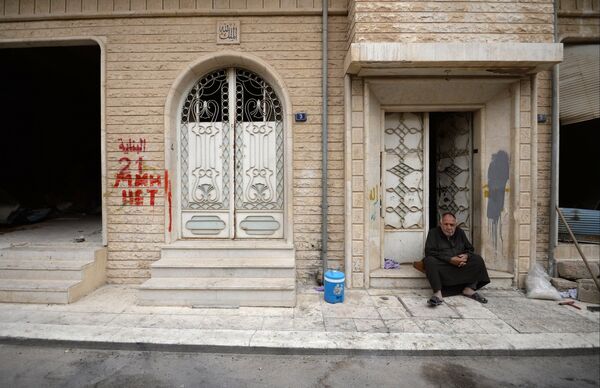 A man sits on a porch in Palmyra.
© Sputnik / Mikhail Voskresenskiy
/
Go to the photo bank

Signs of the year-long jihadist occupation are still very much visible on a leaflet found in the streets with Daesh’s stamp still affixed offering refreshment courses for teachers of “a new generation of Muslims.” 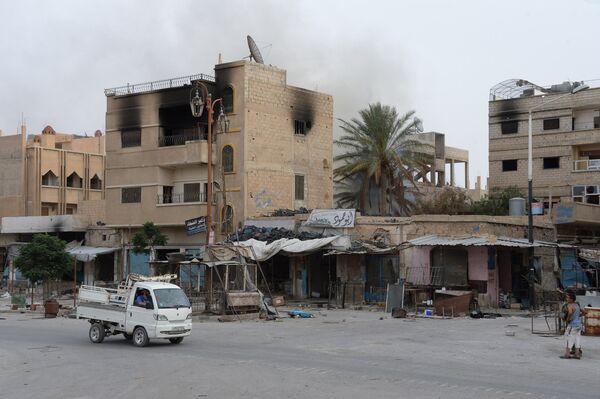 The militants also invited teachers of history, geography and mathematics to the schools they opened in the city.

“The terrorists thought they would stay here forever. They introduced their laws and even their own system of education. They want to bring up a new generation that would embrace their savage laws and their idea of what the world must look like,” Abu Mahdi, an elderly Syrian army officer, told RIA.

“The lack of electricity and water is a big problem, but water and bread always come first. We still have no stores around here, but we are gradually restoring normal life and we believe that everything will eventually get back on track,” Hassan, another Palmyra resident, responded. 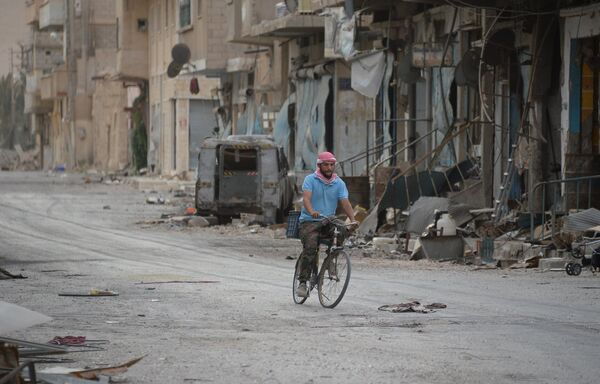 A man rides a bicycle in Palmyra.
© Sputnik / Mikhail Voskresenskiy
/
Go to the photo bank

Meanwhile, workers are have already begun to restore power and water supplies to the city, repaired the road leading to Palmyra and have erected road signs with the names of Damascus, Deir ez-Zor and other big cities.

Even though the terrorists’ positions are about 15 kilometers away, the city is slowly but steadily returning to normal life. Its residents expect to return to their abandoned homes this summer and forget the nightmarish events of the past year once and for all. 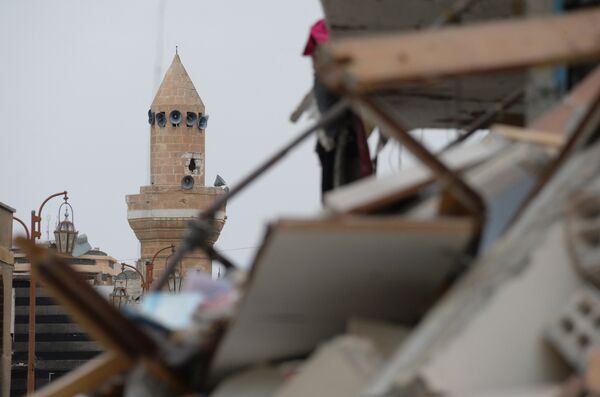