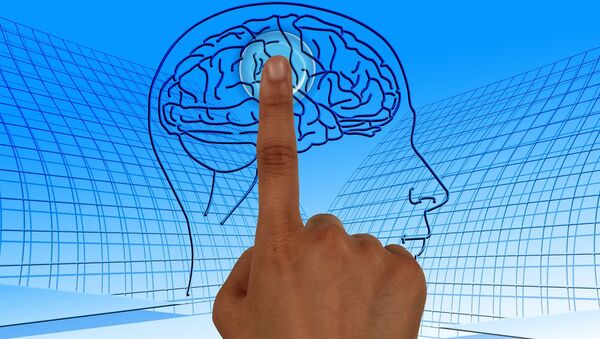 A team of scientists at University of California, Berkeley have managed to create a ‘semantic atlas’ of a human brain.

Man Machine: Russian Scientists Create a Fragment of Electronic 'Brain'
The researchers led by Alex Huth, a postdoctoral researcher in neuroscience at UC Berkeley, recorded the subjects' neural activity using a Magnetic Resonance Imaging scanner while the volunteers participating in the test were listening to stories from the ‘Moth Radio Hour’, an American public radio show.

The scientists then matched the brain imaging data to the time-coded transcripts of the stories in order to determine which groups of related words triggered neural responses in which areas of the cerebral cortex.

The researcher’s findings, published in the scientific journal Nature, allowed them to create a ‘semantic atlas’ which displays in vivid colors and multiple dimensions how the human brain organizes language.

"Our results suggest that most areas within the semantic system represent information about specific semantic domains, or groups of related concepts, and our atlas shows which domains are represented in each area. This study demonstrates that data-driven methods—commonplace in studies of human neuroanatomy and functional connectivity—provide a powerful and efficient means for mapping functional representations in the brain," scientists say.

The researchers also believe that their progress in determining how language is organized in the brain may in fact become the first step in producing an actual ‘mind-reading’ technology.