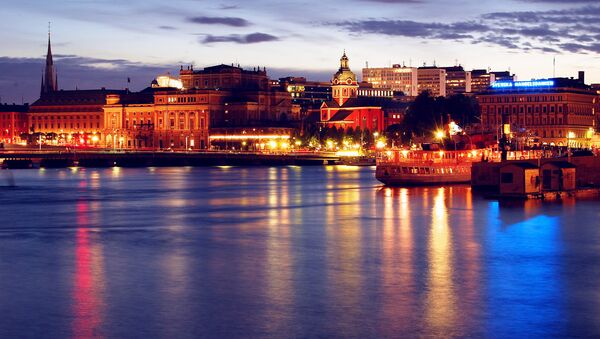 MOSCOW (Sputnik) — Sweden stands firm about its principle not to join any military alliances, the country's foreign minister said in her tweet Friday.

​The statement came in reaction to an interview given by Russian Foreign Minister Sergei Lavrov to Swedish newspaper Dagens Nyheter published on April 28. When asked about Russia's possible retaliatory measures if Sweden decides to join NATO, he told reporters that Moscow would have "to take the necessary military-technical measures on our northern boundaries".

Russia Finalizing Next-Gen Missiles to Deploy in North if Sweden Joins NATO
He added that Russia was not  interested in "stirring up any confrontational military activities" despite a turn toward "Russophobia" in NATO and Sweden, and Stockholm's decision to join European sanctions against Russia.

Sweden officially declares the country is neutral and non-aligned. Though, not being a part of NATO, the country does sometimes contribute to various NATO operations. In 2011, Sweden became the only country, neither a member of NATO nor the Arab League, to  participate in the no-fly zone over Libya by sending there its air force upon NATO's request.