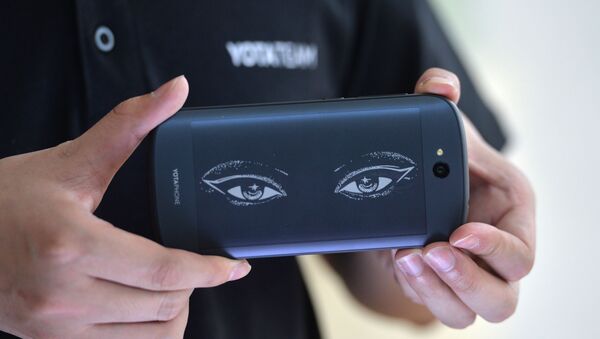 Yotaphone manufacturer Yota Devices was established in 2011, and the first handset, Yotaphone 1, arrived on the market in 2013. Its current flagship, the Yotaphone 2, stands out from its competitors thanks to an innovative design that incorporates two touch screens; one AMOLED, and one E-ink. Both are protected by Corning Gorilla Glass 3.

A Yotaphone 2 was notably presented to Chinese President Xi Jinping in November 2014 by Russian President Vladimir Putin, and the Russian manufacturer began shipping its phones to China in May 2015 after agreeing on distribution deals with firms in Shanghai, Beijing, Hangzhou and Shenzhen.

Martynov told China Daily that the company is targeting trend setters in the Chinese mobile phone market, who are looking for a futuristic handset that offers something unusual.

"People wanted to buy iPhone because it was different and a product that seems like it's from the future," he explained.

"China is the biggest market for YotaPhone 2, and we are hoping to make more than half of our revenue here," he revealed.

Martynov said the company is developing the next incarnation of the Yotaphone, and a faster E-ink display will be among the improvements. 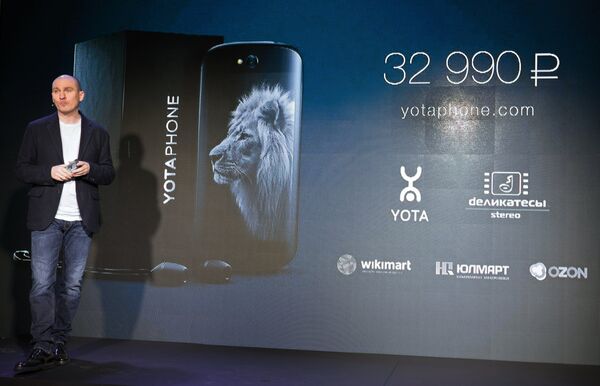 Yota Devices CEO Vladislav Martynov at the launch of YotaPhone 2 in Moscow
© Sputnik / Alexander Vilf
/
Go to the photo bank
He said the developers are also working on adaptations of the Android OS for Yotaphone, and have also held discussions with several operating system providers, including Alibaba, about the possibility of creating a customized Android OS for the handset.

"We will minimally customize the system in a certain number of specific target areas where we believe the native Android system is inconvenient for users, during the launch of the next generation before the New Year," Martynov said.

On Friday the shareholders of Hong-Kong based investment holding company Rex Global approved the purchase of 30 percent of Yota Devices, the manufacturer of Yota phones, for $46.2 million.

Meet the 'Mechanical Mule': First Photos of Russia's Battle Robot Revealed
The company will acquire the shares from Telconet Capital Limited Partnership, which currently owns 64.9 percent of Yota Devices; 25.1 percent rest belongs to the Russian state-owned corporation Rostech and ten percent is controlled by the management team of Yota Devices.

As a result of the deal, Rex Global also acquired some of the estimated $34 million debt that Yotaphone owes Telconet, and exclusive intellectual property rights to Yota Devices in China for seven years, RBK reported.

In March, Telconet's management company Marsfield told RBK that sales of Yotaphone increased by ten percent in 2015 compared with 2014. Since the phone's launch in 2013 96,000 handsets have been sold, 21,000 of which were manufactured by Jiliean, Yota Devices' manufacturing partner in China.