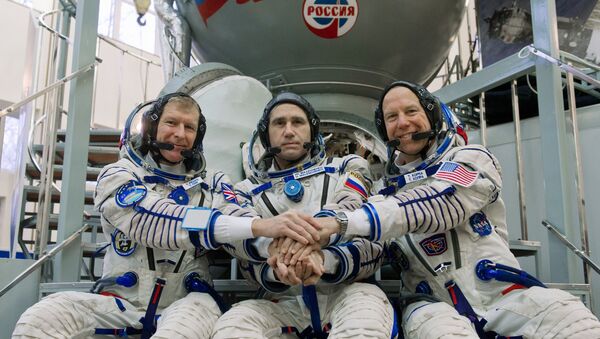 Russian cosmonaut and the executive director for Roscosmos manned programs Sergei Krikalev told Sputnik that the space cooperation between Moscow and Washington was a vivid example of the countries' partnership.

WASHINGTON (Sputnik) – The current space cooperation between Russia and the United States sets an example of how the two countries should work together, a Russian cosmonaut and senior official at the space agency Roscosmos, Sergei Krikalev, told Sputnik.

"Despite any political issues between Russia and the United States, the space cooperation continues, and the current cooperation is a good example of how we should collaborate, because the space collaboration is important and it should be systematic," Krikalev stated.

Krikalev, who is the executive director for Roscosmos manned programs, noted that Moscow and Washington had continued to implement existing projects, while also maintaining talks on new ventures.

"First, the project of the International Space Station is being discussed and implemented. The program is changing, and it is expanding," he said. "Besides, the future projects are being discussed, including flights beyond low-earth orbit, flights to the vicinity of the moon, possible missions with the landing on the moon, first with automated machines and then with man-operated machines," Krikalev said.

The cosmonaut added that all these projects were part of a wider international agenda discussed with US, European and Japanese partners.

Krikalev is currently in Washington where he met with top NASA officials. On Tuesday, Russia presented a bronze bust of the world’s first cosmonaut, Yuri Gagarin, to the Smithsonian Air and Space Museum in Washington, DC.