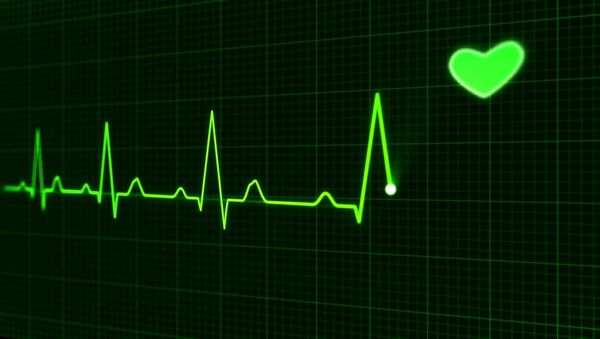 Russian scientists developed a new technology that can change the work of heart cells using laser rays, according to a press release from the Moscow Institute of Physics and Technology (MIPT) obtained by Sputnik.

The study will help scientists from the Moscow Institute of Physics and Technology to better understand how the heart works and provide a method to treat people with irregular heartbeat issues.

"Right now this result may be very useful for clinical studies of the mechanisms of the heart, and in the future we could potentially stop attacks of arrhythmia in patients at the touch of a button," MIPT scientists Professor Konstantin Agladze said, according to the press release.

Each azoTAB molecule consists of two parts connected by nitrogen atoms. Now the fun part is that when the molecule is heated by UV light, the two parts "fold" with each other; however, when the light is removed, the molecule returns to its original condition with two parts.

In other words, using radiation scientists can make an azoTAB molecule exist in two different states.

After finding this out, Agladze and his team switched a lamp, which produces UV light, with a laser. Using a laser, scientists could manually control cardiac muscle cells in each specific point of the heart, the study said.

The study shows that Russian scientists are working on finding new ways of controlling heart cells. In the future, the discovery could assist in treating heart arrhythmia.

Arrhythmia or an irregular heartbeat is among the most common cardiac diseases. One in eight deaths in the world happens as a result of severe arrhythmia, according to Science Daily.