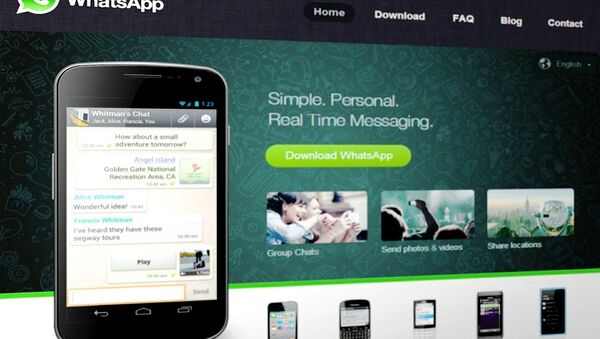 Messaging service WhatsApp has activated end-to-end encryption for one billion users: the technology will make it impossible for any party (including WhatsApp itself) to access a user's messages.

If for instance authorities were to request WhatsApp (or its parent company Facebook) to turn over the activity of a suspected criminal, the companies would not be technically able to comply.

End-to-end encryption is a secure form of encrypting the data transmitted between two devices, which is becoming increasingly popular. Secure email services such as PGP, GPG and ProtonMail, and messaging apps like Apple's iMessage and Signal all employ — or claim to employ — some form of end-to-end encryption.

WhatsApp Switched on Encryption for a Billion People https://t.co/RyxEjGB5hT pic.twitter.com/0gjOSUfICm

Ironically, the technology WhatsApp will use to roll out its new feature has been developed with US government's funds — as part of an effort to advance Internet freedom abroad.

After the abrupt closure of the Apple-FBI row over a different type of encryption of data contained on the iPhone of San Bernardino shooter Syed Farook, message encryption could set the scene for of a new kind of battle — especially as WhatsApp's userbase exceeds one billion people.

Talking about #Facebook & #WhatsApp, be advised that encryption is last thing you should be worried about! https://t.co/tx4sEz2Cla

US Senator Dianne Feinstein, member and former chair of the Senate Select Committee on Intelligence famously said that all terrorists need to carry out an attack is an Internet connection and an encrypted messaging service. It is easy to see how governmental authorities could try to strongarm companies providing end-to-end encryption to create some sort of "backdoor" to access the data. It is unclear however, whether this would be technically doable.

“Encryption is a basic prerequisite for privacy & free speech in the digital age" #WhatsApp https://t.co/FEnTwUJliJ pic.twitter.com/6IHhIUerCb

This could exacerbate the high-octane clash that is being fought between tech giants and governments, in US and elsewhere. Companies such as Apple, Microsoft, Facebook and Google have all spoken strongly in favor of encryption and against backdoors, making the point that allowing governments to access — even if it's limited information and only in specific cases — would make all their users unsafe. Only a few companies —among which, notably, Amazon — seem to be less adamant on the issue.

Awesome that @WhatsApp is encrypted, but keep in mind it doesn't hide who you're texting https://t.co/i8G61TUo9i pic.twitter.com/PbXN3IF8UJ

In the wake of the 2013 Snowden revelations, tech users worldwide have started calling for more powerful encryption to shield their communications from government mass surveillance. While the FBI and other security services see weaker encryption as a non-negotiable tool for the sake of national security, technology companies think caving in would be a threat to their business and brand credibility.