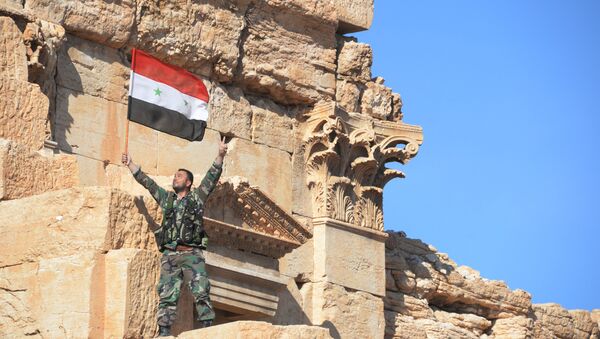 Those who repeated the "Assad must go" mantra and swore to eradicate Daesh, failed to expel the Islamist organization from Iraq and Syria in the course of a year-long operation. It is "evil" Assad who has dealt a lethal blow to the Islamic State and liberated Palmyra, Martin Berger writes.

The liberation of the historic site of Palmyra, an invaluable 'pearl of world civilizations' is the biggest victory in the fight of the Syrian government against Daesh, freelance journalist and geopolitical analyst Martin Berger writes in his recent article for New Eastern Outlook.

Berger emphasizes that the recapture of Palmyra by the Syrian Arab Army paves the way for an advance on Raqqa, the de facto capital of Daesh.

And still it's only half the story, as the move is also a huge moral victory for embattled president Bashar al-Assad.

American Pilots 'Admire Their Russian Counterparts' for Defeating Daesh
"No matter how repulsive the Assad regime may be — and it is — their opponents in Islamic State of Iraq and the Levant [Daesh] are far, far worse," Boris Johnson, a British politician and Mayor of London, wrote in his Op-Ed for The Daily Telegraph, commenting on the recapture of Palmyra.

Interestingly enough, back in December 2015 it was Johnson who called for teaming up with Russia and Bashar al-Assad's Syrian Arab Army to wipe Daesh's "death cult" from Palmyra and Raqqa.

"There is Assad, and his army; and the recent signs are that they are making some progress… Am I backing the Assad regime, and the Russians, in their joint enterprise to recapture that amazing site [Palmyra]? You bet I am," he wrote in his December article for the same media outlet. 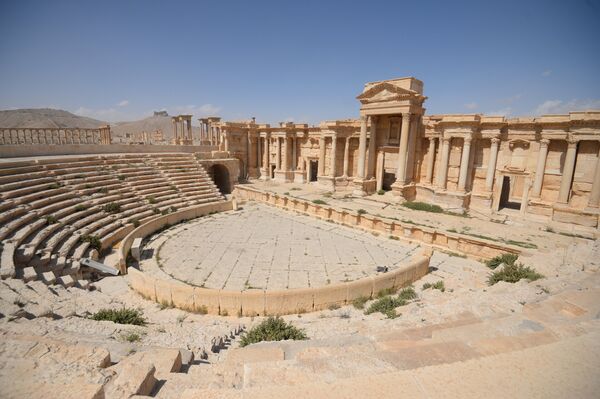 Following Bashar al-Assad's victory in Palmyra, the Obama administration has found itself in an embarrassing situation.

"The White House, which has struggled for years to find effective 'partners' on the ground in Syria, has difficulty publicly lauding advances against Islamic State [Daesh] by Assad and his allies, including the Russians and Iranians, after years of calling for Assad's fall," Patrick J. McDonnell of Los Angeles Times notes.

Syria's Balkanization: Partitioning the Country 'Not a Good Option'
Washington used to portray the struggle against Daesh as the US-led coalition's project, at the same time accusing Russia of striking against Syrian "moderate rebels," the journalist writes.

"Palmyra seems to embody an alternative narrative," McDonnell stresses, adding that now "Assad's forces may push on to Raqqa, the headquarters of Islamic State's [Daesh's] self-declared caliphate, about 100 miles northeast of Palmyra."

Much in the same vein Robert Fisk, The Independent's multiple award-winning Middle East correspondent, covers the issue in his recent article.

"The biggest military defeat that ISIS [Daesh] has suffered in more than two years. The recapture of Palmyra, the Roman city of the Empress Zenobia. And we are silent. Yes, folks, the bad guys won, didn't they? Otherwise, we would all be celebrating, wouldn't we?" Fisk asks.

"Messers Obama and Cameron were as silent as the grave to which ISIS [Daesh] has dispatched so many of their victims. He who lowered our national flag in honor of the head-chopping king of Arabia (I'm talking about Dave, of course) said not a word," he adds. 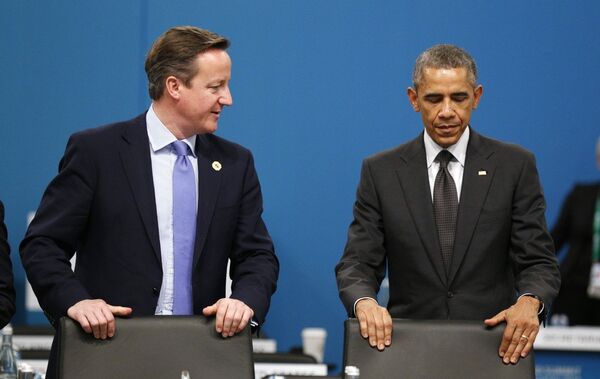 Liberation of Palmyra Marks Ending of Daesh's Reign of Terror in Syria
The question then arises, why it was the Russian Aerospace Forces and the Syrian Arab Army who dealt a mortal blow to Daesh in Palmyra, and not the much-lauded US-led coalition, which pledged to defeat the terrorist organization more than a year ago?

Commenting on the issue, Marine combat veteran Gordon Duff remarked in his essay for New Eastern Outlook: "What isn't reported is that the real Americans who fight wars admire their Russian counterparts and what they have done."

"American pilots wish they had been given the hot targets Russia destroyed instead of being forced to drop payloads of bombs on abandoned villages north of the Jordanian border as a Russian command report outlined in November 2015," the combat veteran stressed.

According to Martin Berger, Assad's victory has exposed the hypocrisy of those who vowed to fight terrorism and in fact did so little to mitigate the Islamist threat.

"It's clear those are just words and words alone, since no fight ever follows," Berger emphasizes.

Actions speak louder than words. The recapture of Palmyra has indicated clearly who takes the universal values of mankind to heart and who uses these values to capitalize on the situation.