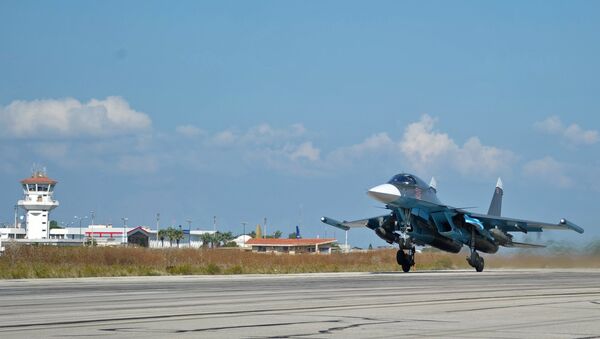 Moscow's decision to withdraw its air group from Syria has not surprised official Damascus, a political and media adviser to the Syrian President Bashar Assad said Wednesday.

Russia Withdraws From Syria With Enhanced Reputation
MOSCOW (Sputnik) – On Monday, Russian President Vladimir Putin ordered the withdrawal of the main part of the country’s forces from Syria as they had fulfilled the task assigned to them. Putin said the remaining groupings in Hmeimim in Syria's Latakia province and the naval base in the port of Tartus would play a key role in monitoring the cessation of hostilities between Syrian government and rebel forces.

"This move was neither surprising, nor disturbing. This is because the Syrian government has not only been informed about the move, but also because the consultations with Syria's government and responsible executives on the ground, the issue was thoroughly considered," Bouthaina Shaaban said as quoted by Al Mayadeen TV channel.

She added that Moscow had announced from the very beginning of its aerial anti-terror campaign that it would not be permanent.