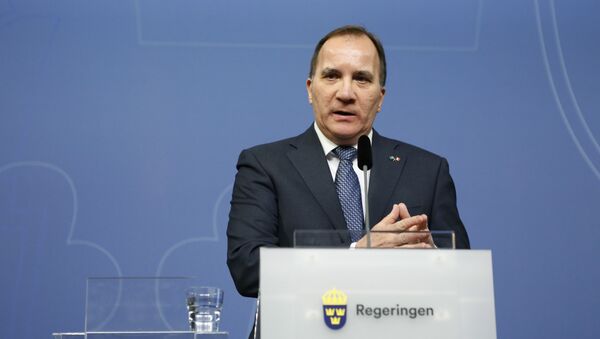 MOSCOW (Sputnik) – Swedish Prime Minister Stefan Löfven has called for a new asylum system in the European Union that would help Europe deal with the current migrant crisis.

"Sweden is ready and will work for a new asylum system in the EU, a system based on equal distribution," Löfven said during a Wednesday debate in Strasbourg, as quoted on the official European Parliament website.

In his Wednesday speech, the prime minister stressed that the current asylum system must be reformed, but also highlighted the need for a more "social Europe."

"If we do not create a new common and sustainable asylum system, so more and more countries will be forced to act alone. It will harm the freedom of movement, trade and, above all, it will hurt the fleeing people," Löfven said.

The European Union is currently struggling to manage a massive refugee crisis, with hundreds of thousands of people fleeing conflict-torn countries in the Middle East and North Africa. In September 2015, EU interior ministers approved a two-year quota system plan, initiated by the European Commission, for the redistribution of some 160,000 refugees throughout the bloc.

Swedish Police Blasted for Curfew Call Amid Surge in Violent Sex Attacks
Earlier this month, Sweden extended its border controls for 30 more days starting from March 9 with the possibility of further extension amid a shortage of housing for migrants and the continuing increase in the number of refugees arriving in Europe.

In February, Sweden’s migration agency announced that it expected to receive up to 140,000 asylum applications in 2016, threatening to put additional pressure on the country, which welcomed some 160,000 refugees last year.