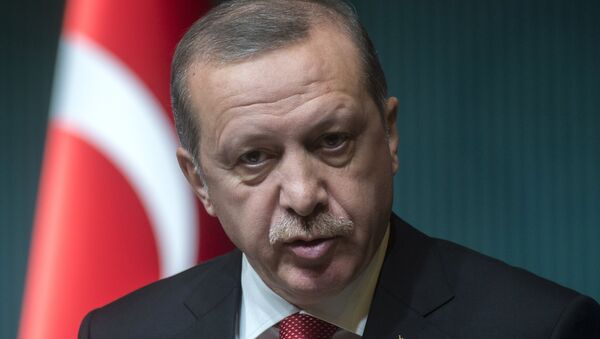 The complaint accuses Ankara of being complicit in violence caused by the Kurdistan Workers’ Party (PKK), which Ankara itself considers a terrorist organization, as well as the group’s accumulation of weapons, for political gain.

"More fatally, just in order to go through election periods calmly, the terrorist organization’s activities of transferring and piling up weaponry, both in rural areas and in urban centers, were openly overlooked," CHP Deputy Chair Bulent Tezcan said as part of the filing.

The complaint cites the fact that only eight out of 290 requests to conduct anti-terror operations by the Turkish Armed Forces were granted during election periods.

As evidence, Tezcan cited a secret meeting between leaders of the AKP and jailed PKK leader Abdullah Ocalan.

The complaint follows statements made by CHP leader Kemal Kilicdaroglu, accusing the AKP of aiding terrorist organizations by "overlooking the stockpiling of weapons by the PKK."

Highlighting unrest within the Turkish government, the nation’s highest court opened its own investigation into government links to the PKK last summer. This followed a criminal complaint by the ruling AKP against the Peoples’ Democratic Party (HDP).

Critics claim that the AKP’s complaint is political, attempting to force the HDP to comply with the Erdogan government.

Southeastern Turkey has been engulfed in violence as Turkish security forces crackdown on Kurdish communities to root out militant groups. The government’s actions have been roundly criticized by a number of rights groups.

"If we cannot solve the Kurdish issue in democratic ways, I am sure the next generation of the Kurds will be very radical," Mehmet Yuksel, a representative of the Kurdish Peoples’ Democratic Party, told Sputnik.

"We already see youths of old that are much more radical. They already think that the political ways are not the solution."

000000
Popular comments
Nice to hear by the way : Turkey’s main opposition party has filed a lawsuit against the government of President Recep Tayyip Erdogan, accusing Ankara of "aiding and abetting a terrorist organization." I would add that erdo IS a terrorist!