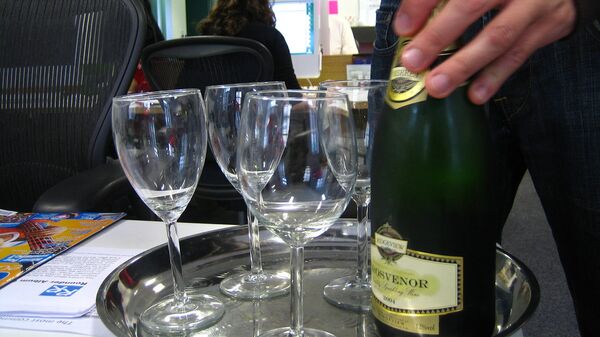 © Flickr / Jeremy Keith
Subscribe
International
India
Africa
French winemakers are up in arms about Chilean wine Bicicleta being named sponsor of the Tour de France cycling race and are threatening to block the three-week event unless it is replaced with a home-grown drink. Sputnik discussed the situation with several representatives of France’s vibrant winemaking industry.

Wine Tourism in Crimea to Expand Russian-Chinese Trade Potential
When asked whether the French winemakers planned any protest rallies during the race, David Farrail, Vice President of Aude winemakers’ union, said that they were going to get in touch with several other winemakers’ unions and, if necessary, would block the track or hold a series of protests along the way.

“I can’t  give you an exact figure, but there will be enopugh people to make sure our voice is heard. This is something we are are going to do, no doubt about that,” David Farrail told Sputnik.

“People are angry because they had no idea about this whole wine supply contract for last year’s Tour de France and the one we are going to have this year… I think this is all about big money paid for participation and sponsorship… As to the organizers, I guess they should have opted for domestic producers,’’ he said.

Philippe Armand Martin, a Republican MP and a vinegrower, said that Tour de France, which is as popular as French wines, is part of the country’s heritage and that it would be appropriate  to choose French, not foreign wine for the Tour de France competition.

“It a pity that French wine, which is this country’s biggest cultural achievement, has been passed up by the organizers and that  a foreign brand is cashing in on the well-deserved popularity of the Tour de France race,’’ he complained.

The sponsorship contract has been in place for the last two years, with Bicicleta wine promoted in Britain at the opening stages of the 2014 Tour, and in Holland and Belgium last year during stages in those countries.

This year’s Tour de France willl run from July 2 through 24.