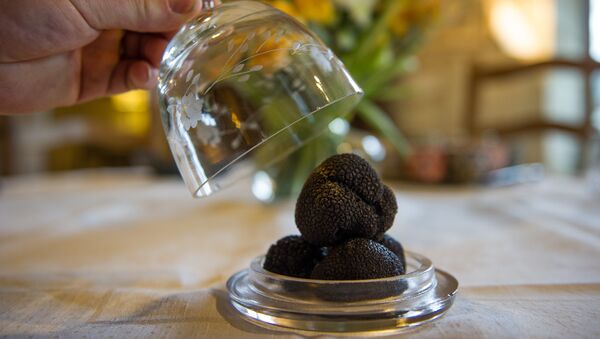 A new study has revealed that truffles, which are among the most expensive delicacies in the world, do not accumulate dangerous levels of radioactivity from the soil they grow in, according to the journal Biogeosciences.

Cosmic Flower: First Blossom in Space On Board ISS
A team of Swiss and German scientists have discovered that truffles, which are usually among the most expensive kinds of gourmet food, do not accumulate radioactivity at a harmful level comparable to other fungal species, the journal Biogeosciences reported, referring to the scientists' study.

The researchers analyzed a total of 82 Burgundy truffles collected in France, Italy, Hungary, Switzerland and Germany across Europe between 2010 and 2014.

The soil in these countries is not entirely healthy in the wake of the 1986 Chernobyl nuclear disaster, which released massive amounts of radioactive isotopes like Cesium-137 that quickly spread across Europe.

"All tested specimens reveal insignificant radiocaesium concentrations, thus providing an all-clear for many truffle hunters and cultivators in large parts of Europe as well as the subsequent chain of dealers and customers from around the world," the study said.

It remains unclear why these truffles are far less susceptible to radioactivity contamination than other fungi. The researchers suggested that the secret lies in the fact that truffles grow underground and have a unique mechanism for absorbing  nutrients from the soil. In any case, more research is needed to know exactly why the Burgundy truffles are not radioactive, the scientists said.