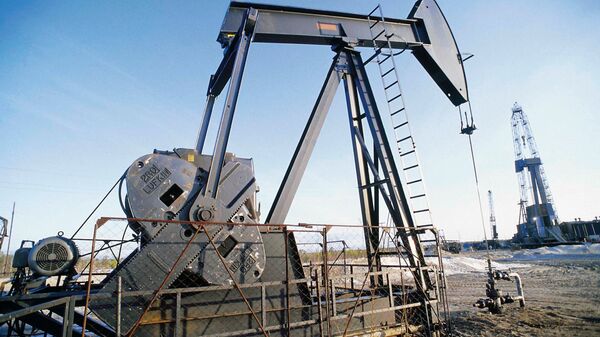 US banks are filling their reserves in preparation for a wave of defaults, as low oil prices force US shale producers into bankruptcy.

US Oil Production to Decrease Across Major Shale Regions
Two large US shale oil producers with a combined debt of $7.6 billion may be forced into bankruptcy next month because of low oil prices, which have fallen by around 70 percent since mid-2014, Bloomberg reported on Thursday.

In addition to selling high-yield bonds, the value of which lost 24 percent last year for the energy sector as a whole, those companies have borrowed money from banks including Royal Bank of Scotland Group Plc, UBS Group AG and BNP Paribas SA, Barclays Plc, Royal Bank of Canada and Morgan Stanley.

US to Ramp Up Oil Output, Drive Prices Down
According to a report published by Moody’s Investors Service earlier this month, the number of US companies that have the highest risk of defaulting on their debt is nearing a peak not seen since the height of the financial crisis, and 28 percent of those at risk, 74 borrowers, are from the oil and gas sector.

"We are at the very beginning of the next wave of energy defaults," Paul Halpern, chief investment officer at Versa Capital Management, told Bloomberg.

"The additional reserves bring the amount that J.P. Morgan has set aside to cover losses in the battered energy space to $1.3 billion, after reporting more than $800 million in oil-and-gas loan-loss reserves at the end of 2015. The bank also said that nearly 40 percent of its loan exposure in the sector is to energy and production companies," Marketwatch reported.