On the Brink of Collapse: Is Daesh About to Breathe Its Last? 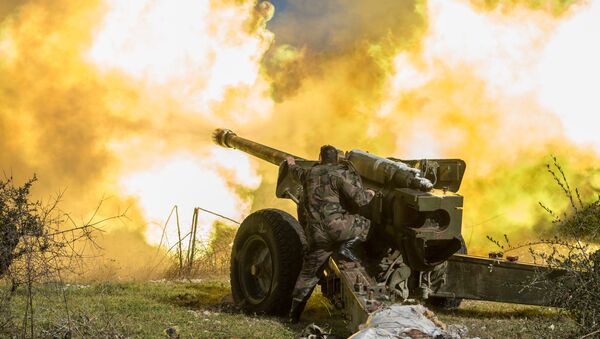 © Sputnik / Iliya Pitalev
/
Go to the photo bank
Subscribe
The Islamic caliphate, a quasi-state established by Daesh terrorists, is about to breathe its last, due to massive airstrikes conducted by Russia and the US-led coalition, Irish journalist and expert in Middle Eastern affairs Patrick Cockburn notes.

The war in Syria and Iraq led to the creation of the Islamic caliphate quasi state, the terrorist entity established by Daesh in eastern Syria and western Iraq in the summer of 2014, Irish journalist and expert in Middle Eastern affairs Patrick Cockburn writes in his article for London Review of Books.

"The Islamic State [Daesh] is likely to be destroyed eventually, such is the pressure from its disunited but numerous enemies, though its adherents will remain a force in Iraq, Syria and the rest of the Islamic world," the journalist writes.

Amid Syrian Ceasefire, Terrorist Groups Wreak Violence
Cockburn calls attention to the fact that people, who have been smuggled out of Mosul, Daesh's stronghold in Iraq, say that the terrorist group "is buckling under military and economic pressure."

While anti-Daesh forces have retaken Sinjar, Ramadi and Tikrit in Iraq, the Kurdish People's Protection Units (YPG) and the Syrian Arab Army have forced Daesh to retreat in Syria and are encircling it in Raqqa.

"The ground forces attacking IS [Daesh] — the YPG, the Syrian army, Iraqi armed forces and Peshmerga — are all short of manpower (in the struggle for Ramadi the Iraqi military assault force numbered only 500 men), but they can call in devastating air strikes on any IS position," Cockburn continues.

Daesh is suffering heavy losses and is now isolated from the outside world with the loss of its links to Turkey, the journalist underscores.

Stand and Fight: Amid Ceasefire, Syrian Army Refocuses on Taking Down Daesh
Citing the impressions given by people who left Mosul in early February 2016, Cockburn points out that the administrative and economic infrastructure of the terrorist quasi state is crumbling under the strain of constant bombing and a blockade.

People are trying to flee Mosul and it is not easy since Daesh makes every effort to prevent a mass exodus. Cockburn quotes Ahmad, a 35-year-old trader from the al-Zuhour district of Mosul, who reported that living conditions in the caliphate have deteriorated tremendously while the actions of Daesh officials become "more arbitrary."

According to Ahmad, there is no mains electricity and no mobile phone network in Mosul. The stores are half empty, everything is very expensive and there is shortage of drinking water. 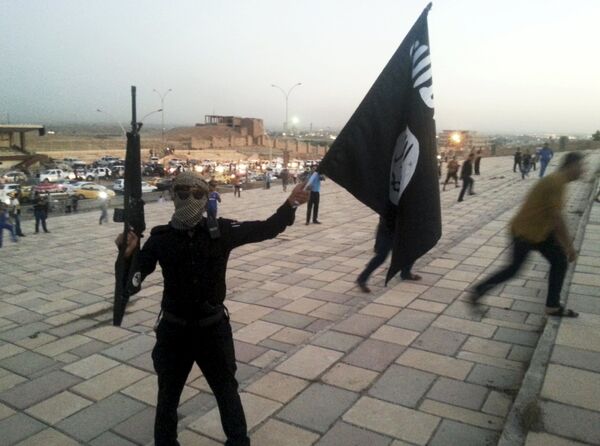 A fighter of Daesh holds an ISIL flag and a weapon on a street in the city of Mosul, Iraq, in this June 23, 2014.
© REUTERS / Stringer/Files

"There are signs of growing criminality and corruption, though this may mainly be evidence that IS [Daesh] is in desperate need of money," Cockburn notes.

Those who escaped, also complain that Daesh has become more violent in enforcing religious restrictions.

"Dictators become very violent when they sense that their end is close," Ahmad remarked, as quoted by the Irish journalist.

"How accurate is Ahmad's prediction that the caliphate is entering its final days? It is certainly weakening, but this is largely because the war has been internationalized since 2014 by US and Russian military intervention… The Iraqi and Syrian armies, the YPG and the Peshmerga can win victories over IS [Daesh] thanks to close and massive air support," the journalist stresses.

Russian Anti-Terror Campaign to Continue After Syria Ceasefire Takes Effect
He envisages that once the caliphate is gone, the central governments in Baghdad and Damascus may grow stronger again.

Meanwhile the Syrian Arab Army and the country's National Defense Force, supported by the Syrian Air Force, continue to expel Daesh and other terrorists groups from strategic areas across Syria.

Over the past 24 hours "the army regained control over further key villages, towns and cities in Hama, Aleppo, Lattakia, Deir ez-Zor, Dara and Damascus provinces pushing back militants from their military positions and strongholds," the Iranian news agency FARS reported.

On February 27 the Syrian ceasefire agreement has come into force. Warfare has been stopped in a number Syrian towns and villages. However, it does not mean that Daesh or the al-Qaeda affiliate al-Nusra Front terrorists may breathe freely.

000000
Popular comments
May be we'll get rid of this scum - Thanks to Syrian people and Russian aerospace forces. But thousands are already in "European" Union and just imagine what can do a team of 12 with only knifes, in a train, for example.