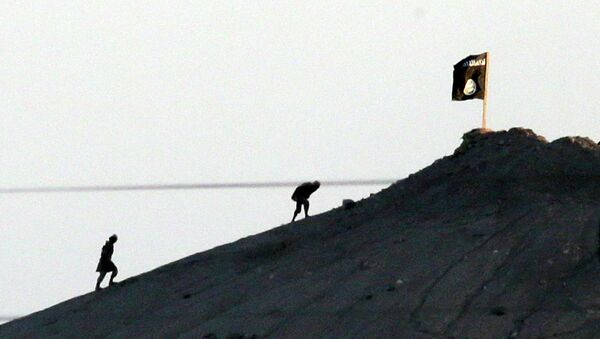 More than 36,500 foreign fighters have travelled to join the war in Syria from over 120 countries since 2012, National Intelligence Director James Clapper told the US House of Representatives Select Committee on Intelligence on Thursday.

Syria Crisis: ‘There’s Still a Debate About Who’s Extremist And Who’s Not’
WASHINGTON (Sputnik) — Clapper said in his testimony to the Committee that the foreign volunteers included at least 6,600 from western countries.

Clapper also warned that record numbers of refugees around the world, especially from Islamic countries suffering from prolonged drought and economic crises as well as other extreme weather conditions, was providing fertile recruiting ground for the Islamist extremists.

“A record-setting 60 million internally displaced persons (IDPs) and refugees as of 2014 — one half of whom are children, according to the United Nations — will stress the capacity of host nations… and possibly make displaced populations targets for recruitment by violent extremists,” Clapper noted.

The number of refugees was around the world was the greatest since immediately after World War II, he added.