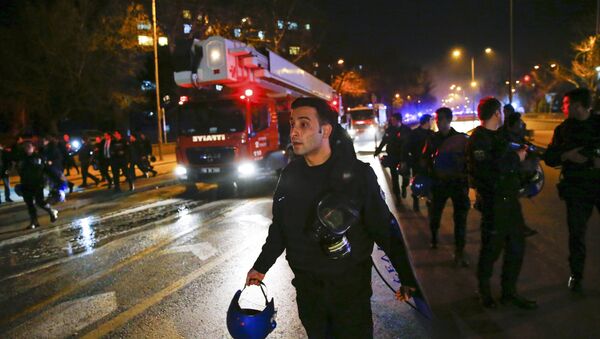 Salih Muslim, a leader from the Kurdish Democratic Union party said that there is nothing that ties the Kurds to the terrorist act in Ankara.

Turkish Media IDs Ankara Bombing Suspect
CAIRO (Sputnik) – Kurdish units from the self-defense forces did not organize the terrorist act in Ankara that left 28 dead and another 61 injured, but was carried out by the Islamic State, also known as Daesh, which is prohibited in numerous countries including the United States and Russia, a leader from the Kurdish Democratic Union party said Thursday.

“This is completely untrue. There is nothing that ties the Kurds to what happened in Ankara. What happened there is because of Turkey’s fight against ISIL, whose elements live in Turkey,” Salih Muslim told RIA Novosti.