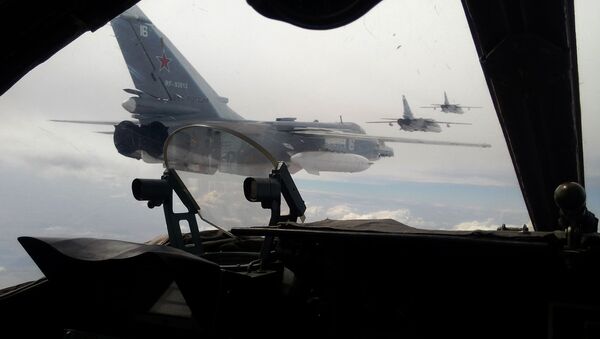 Russia has made a solid comeback in the global arena and is feeling more confident. It is once again a force equal to the West in terms of political influence and military power.

Great Firewall: Russian Military to Receive Hack-Proof Supercomputers
Russia has managed to modernize its army and improve weapons so much that in some capacities it has already overtaken the United States, HuffingtonPost.de wrote.

Although the US' ratings show that Russia is second after the United States and at the moment its defense budget is less, there is one important factor which is not considered in these ratings and that is the prospects of the development of the military industry.

While Moscow is showing extremely high growth rates, the US military has to ‘squeeze’ itself because US President Barack Obama has made it clear that the days of rapid weapons development in the country are a thing of the past, the author noted.

Russia’s East Military District to Receive First Su-34 Jets in 2016
In terms of quantitative indicators, Moscow has already surpassed Washington. According to the "Arms Control" independent American organization, Russia has about 7,700 nuclear warheads, while the United States is lagging behind, having 7,100 units in possession.

Furthermore, according to the estimates of the portal Global Firepower, Russia has almost twice as many tanks as the US — 15,398 against 8848.

As far as the quality of military is concerned, many experts agree that Russia is currently the most modern weapons developer. The times of the first Gulf War when the US smart bombs and stealth fighters could awe and impress are in the distant past now, noted The Huffington Post.

“The military-technological superiority of the West is in decline,” a statement released by the International Institute for Strategic Studies (IISS) in London said.
In terms of drones, cruise missiles or cyberwar fare — Russia is one step ahead of the United States, noted the publication.