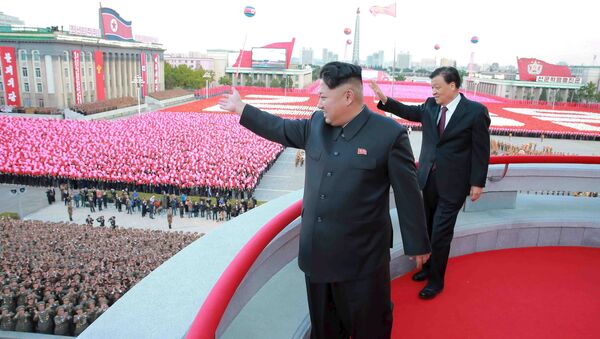 North Korea has taken steps toward the deployment of its KN08 (Hwasong-13) road-mobile intercontinental ballistic missile (ICBM) which could potentially launch a nuclear strike on the United States.

On February 9 US director of national intelligence James R. Clapper said in a report to the senate armed services committee that North Korea had begun fielding the KN08 system, despite the fact that it "has not been flight-tested."

"North Korea's nuclear weapons and missile programs will continue to pose a serious threat to US interests and to the security environment in East Asia in 2016," he stated. "Pyongyang is committed to developing a nuclear-armed missile capable of posing a direct threat to the United States."

On February 12 the Pentagon issued its annual North Korea Military Report, stating, "if successfully designed and developed, the KN08 likely would be capable of reaching much of the continental United States."

However, the report noted that the intercontinental ballistic missiles cannot be considered reliable without additional trials, stating that multiple flight tests are required to identify and correct design and manufacturing defects of the "extremely complex systems." The pace of the development process will be slower without aid from abroad, according to Pentagon statements, and currently the northern state lacks the technology for a nuclear strike against the US.

S Korea Lawmaker Urges to Arm Nation With Nukes Amid Row With North
In its 10 October 2015 military parade celebrating the 70th anniversary of the Workers' Party of Korea, Pyongyang unveiled a modified version of the ICBM with an apparent smaller and blunter nuclear warhead.

Last month North Korea surprised the international community by announcing that it had successfully tested a hydrogen bomb. Earlier this month, Pyongyang violated UN resolutions by launching a long-range rocket, claiming it was part of a "purely scientific space programme."

South Korea, the US, Russia, Japan and other countries highly criticized the move, saying it was a disguised ballistic missile test.