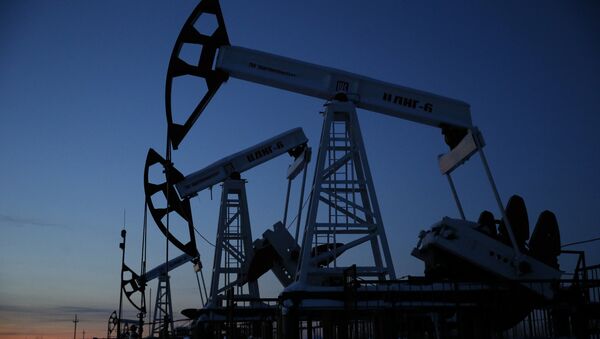 Iran Will Attempt to Increase Oil Prices 'by Different Means'
Earlier today, it was reported that Russian Energy Minister Alexander Novak had a meeting with Saudi Petroleum Minister Ali Naimi, Venezuelan Energy Minister Eulogio del Pino and Energy and Industry Minister of Qatar Mohammed bin Saleh Sada to discuss oil production and the situation on the energy market in the Qatari capital Doha.

After the meeting, Novak said that four countries — Russia, Saudi Arabia, Qatar and Venezuela — were ready to freeze oil production at January levels if other oil producers were to join the initiative.

The energy expert said that even if everyone freezes their production while Iran continues to pump oil into the market, the situation would end up worse than it is now.

Unless there is a truly global coordinated effort to cut back on oil production, there is little chance that the idea of some countries freezing their production would work, van Dulken said.

Global oil prices plunged from $115 to less than $30 per barrel between June 2014 and January 2016, hitting their lowest levels since 2003, mostly because of a prolonged global oversupply and low demand.